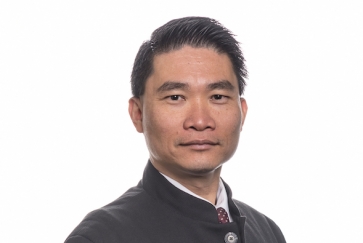 Investment and wealth management firm Walker Crips has announced the appointment of a new chief executive as part of a change of senior management.

Sean Lam will take over as chief executive on 6 September, replacing Rodney Fitzgerald who is stepping down as part of a phased retirement.

Mr Fitzgerald has been chief executive at Walker Crips for the last 10 years and will be retaining the role of group finance director as part of the changes.

Mr Lam has held the role of group managing director for 10 years at Walker Crips and will succeed Mr Fitzgerald as chief executive next week.

As part of further changes to its executive board, Mark Rushton, currently chief investment officer, will take over as chief executive of Walker Crips Stockbrokers, the firm’s investment management and stockbroking subsidiary, subject to FCA approval.

David Gelber, chairman of Walker Crips, said: "Rodney has done a tremendous job in leading the business for over 10 years as CEO and has played a pivotal role in managing the transformation of the group from private client stockbrokers into an integrated investment and wealth management house.

“His successor, Sean Lam, has already played a key part in the success of the group, previously as CEO of Walker Crips Stockbrokers Ltd and as group managing director with dual responsibility over group operations and technology, making him the ideal person to lead Walker Crips into the future.

“Mark Rushton has also been instrumental in our recent rapid growth, attracting a series of new teams of advisers to the group since joining in 2012, which has changed the quality of our revenue streams and enhanced the processes and culture throughout the organisation.”