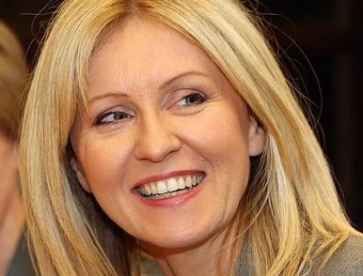 Work and Pensions Secretary Esther McVey’s recent backing for the pensions dashboard, in her speech at the Conservative Party Conference this week, brought relief to the profession.

Ms McVey’s support for the innovation and praise for auto-enrolment ended speculation that the government would shelve the idea.

Speaking at the Conservative Party Conference, in Birmingham, on Monday she said: “We are delivering a private pensions revolution.

“More people than ever are saving into a workplace pension, up nearly 50% in the last six years and significantly driven by younger people.

“Through AE we have helped create almost 10 million new pension savers and we will be giving people the opportunity to access their pension information through an industry-led pension dashboard, building on the Government's Check Your State Pension online service.”

The ministerial support for the project was welcomed by Anthony Rafferty, managing director of Edinburgh-based fin-tech firm Origo.

He said: “This initiative is vitally important to encourage the public to appraise their retirement income plans and take action where necessary.

“The technology, the plumbing, is in place to deliver a dashboard that not only helps those who may have been saving across 30-40 years or more to pin down their pensions data in one easy to access and engage with place, but will be there for those who are in the first few years of their saving journey, and can benefit from having this information at their fingertips as early as possible.”

He added: “In the recent meeting Origo convened with 20 of the major providers to discuss how the dashboard might be progressed by the industry, ‘facilitated’ by Government, we saw an industry that is set and willing to undertake everything necessary to make the pensions dashboard a reality.

“The single major element it was agreed that now needs to be tackled to give dashboard the final green light, is putting in place a suitable governance structure.

“Governance will determine how the dashboard moves forward.”