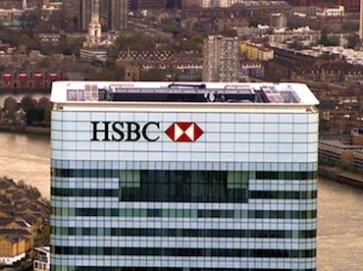 It’s the second large FCA fine for money laundering failings this week after NatWest was fined £264.8m earlier this week by the watchdog.

Despite this, the FCA said HSBC failed to:

HSBC did not dispute the FCA’s findings and agreed to settle early, qualifying for a 30% discount on the fine. Without the discount the FCA would have fined HSBC £91.35m.

Since the weaknesses came to light HSBC has undertaken a large-scale shake-up of its anti-money laundering processes supervised by the FCA.

Mark Steward, executive director of enforcement and market oversight at the FCA, said: “HSBC’s transaction monitoring systems were not effective for a prolonged period despite the issue being highlighted on numerous occasions.

“These failings are unacceptable and exposed the bank and community to avoidable risks, especially as the remediation took such a long time. HSBC continued their remediation to address these weaknesses after the relevant period.”