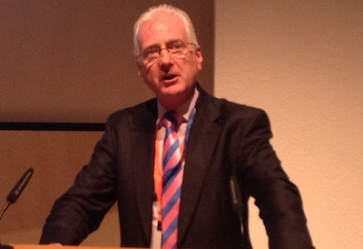 A former director at Suffolk Life has predicted a “very rosy future” for the Sipp sector, in particular providers that offer a more personalised, bespoke service.

Chris Jones, principal of Rock Consultancy, has been involved with Sipp since 1990 and, speaking at the AMPS Conference yesterday in London, he said that the industry had developed significantly in that time.

Despite “a lot of turmoil”, with capital adequacy changes and regulatory burden, he sees great opportunities for the sector.

Mr Jones, who used to be Suffolk Life’s strategic partnership director, said: “I have seen the sip industry grow very dramatically since those early days

“I see a very rosy future for the industry for those firms who position themselves to capitalise on it. I do see significant opportunities.”

Bespoke Sipp providers, in particular, have great prospects, he said, though they must have a “rigorous focus on what the customer is looking for”, he warned.

Firms offering a “personal touch” can command a premium in the market, he said.

He expects that “platforms are going to dominate the volume part of the Sipp sector”, although he noted recent consolidation in this area and believes more might be coming.

He showed delegates statistics detailing the growth in the Sipps market.

There are now 236,000 full range Sipps, and 1.35million streamlined Sipps, his data showed.

He cited an FCA report suggesting that the reforms would result in 14% to 18% of providers stopping writing new business and said that, in fact, there had already been a 24% drop so far.