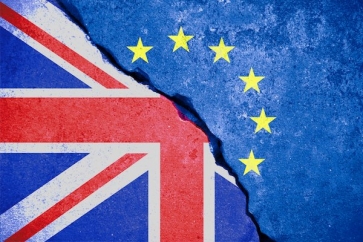 Independent financial advisory firm deVere has hit out at ‘more fudging’ in the UK’s Brexit delay.

Prime Minister Theresa May agreed a flexible Article 50 extension until 31 October with the EU last night which, deVere says, will boost the pound, but the firm called for more certainty.

deVere says the pound will benefit from a relief rally but little else has changed.

The group’s chairman, Nigel Green said: “We can expect a relief rally of the pound, as investors digest the news that Brexit negotiations have longer to run, and the UK will not crash out of the EU on Friday, and the likelihood of a softer Brexit is significantly increased.

“A softer Brexit would be welcomed by businesses in the UK and those around the world that trade with Britain.

“Investors are advised to now be on the watch for this relief rally in Sterling, UK stocks, and also a mini spurt in economic activity in the UK, as delayed household and business spending takes place.”

“This medium extension period also makes a second referendum - a ‘confirmatory vote’ on any deal the Parliament finally agrees to - more likely, and with that a good chance of Brexit being voted down.”

He added: “In the meantime, this medium-length extension doesn’t change the fundamentals significantly.

“What businesses in the UK, the EU, and around the world that trade internationally need and want is decision, not further fudging.

“The best way to do this would be to put it back to the people in a second referendum.”

In March, Mr Green said: “Allowing the public to vote and giving them a final say is quite simply the only credible solution now available.

“From inaccurate and often misleading campaigns to ineffective negotiations, the Brexit omnishambles has gone on long enough.

“Brexit will impact economic, security, diplomatic and foreign policy decisions for the UK for many decades.

“After MPs have tried but failed, this issue is too important not to now be put back to the people.”