Register for Financial Planning Today website to get our daily newsletters. Click on 2 stories to see the Registration pop up.
Tuesday, 23 April 2019 08:51

Divorcing millionaires to split £1.9bn in wealth this year 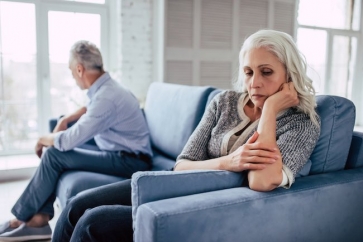 Research for Succession Wealth, the national Financial Planner and wealth manager, suggests that as many as 550 UK couples - each with net financial wealth of £1m or more - will divorce this year.

Succession is targeting the huge value in the ‘millionaire divorce sector’ with wealthy individuals in this segment holding 43% of their money in private pensions and 31% held in property wealth.

The company, which looks after £7.75 billion of investments for 20,000 clients, estimates that collectively divorcing millionaires have around £1.91 billion of net wealth, or £3.48 million per couple.

Mark Stokes, head of communications, Succession Wealth said, divorce was a “traumatic experience and is often very expensive” and good advice can make all the difference to outcomes.

He said the company was targeting this market to help clients lead the lives they wanted post-divorce and keep their finances in order.

Succession Wealth analysed ONS data of individual net financial wealth (excluding endowments) in October 2018 as part of its Wealth and Assets Survey. Data covers adults in Great Britain with individual net financial wealth over £100,000 between July 2014 and June 2016. The number of divorces was calculated using data published in September 2018 as part of the ONS Divorces in England and Wales: 2017 dataset.

Plymouth-based Succession was founded in 2009. It provides wealth management and Financial Planning services to individual and corporate clients across the UK.

More in this category: « New FCA data shows 5% drop in complaints DFM and wealth manager CEO ‘to stand down’ – reports »
back to top