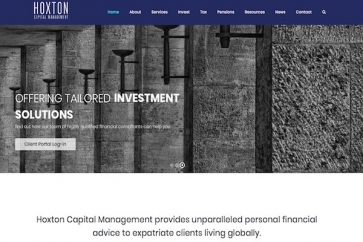 Around 350,000 UK expats living in the Gulf have been warned they could be breaking the Lifetime Allowance (LTA) limit for pensions tax relief.

Chris Ball, managing partner of the firm says that with many expats in the UAE working in sectors that traditionally have offered generous pension schemes back in the UK – for example, energy, construction and aviation – they are more likely to be affected by the LTA limit.

People working for oil and gas companies could be the most at risk, he says.

Mr Ball said: “Just under a third of the people we speak to know what LTA is. Those who know what it is are typically aware of where they stand.

“However, we frequently speak to people in the oil and gas sector who have breached the LTA, some of whom have breached it by substantial margins.”

The Lifetime Allowance places a limit on the level of benefit that can be drawn from a pension scheme without incurring additional tax penalties.

This applies to money taken either as a lump sum or as ongoing income during retirement.

The current lifetime allowance is £1,055,000 though the figure could rise in line with inflation.

Mr Ball added: “If an expat finds that they are already in breach of LTA relief, our advice is for them to check if they are eligible for protection.

“If they haven’t paid in to their pension since 6 April 2016 they can apply to increase their LTA limit.

“Failing this, if they are within the European Union, transferring their pension to a Qualifying Recognised Overseas Pension Scheme (QROPS) could have potential benefits in our view.”

More in this category: « McEwan to stand down as RBS chief executive Surrey Chartered Planner firm promotes staffer to director »
back to top