Register for Financial Planning Today website for FREE to view more stories and get our daily newsletters. Click on 2 stories to see Registration pop up.
Tuesday, 14 May 2019 09:39

88% of trustees fear members will be targeted by scammers 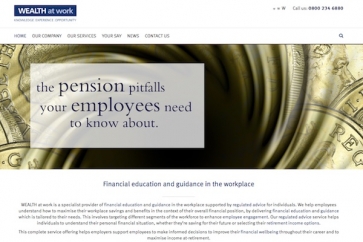 Nearly nine out of 10 pension trustees (88%) fear that their members will face “predatory attention” from scammers, according to a new survey of trustees.

The study by the Pensions Management Institute and employee benefits and advice firm Wealth at Work found that most trustees were concerned that members were “ill-prepared” for the risks they faced when accessing their pensions.

The figures suggest most members face major risks when they are close to accessing their pensions and there is a major lack of support and advice for members.

Jonathan Watts-Lay, director, WEALTH at work, said: “Pension scheme members nearing retirement face some unique challenges. The retirement income options open to each member can confuse and bewilder even the savviest person and leave them open to an array of risks.”

“As the findings show, a vast majority of trustees fear their members nearing retirement will face predatory attention from scammers.

“Trustees also have taxation fears for their member’s at-retirement.”

Despite the concerns, the survey found that only 35% of employers provide financial education for their members and 61% of trustees indicated that their schemes do not provide or facilitate one-to-one financial guidance for members at-retirement.

Just one in five (21%) trustees are providing or facilitating regulated advice for their members at-retirement.

Wealth at Work conducted the survey with the PMI and received 65 responses from a range of trustees from December 2018 until March 2019.