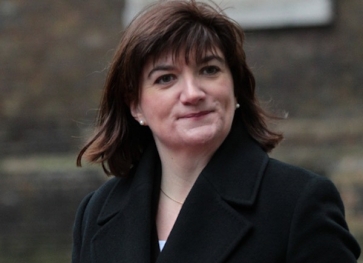 The FCA has confirmed that it has begun an investigation into events leading up to the suspension of the Woodford Equity Income Fund (WEIF).

In a letter to Nick Morgan MP, FCA chief executive Andrew Bailey has confirmed that an investigation has been launched but has given no further details.

In an earlier letter Ms Morgan, chair of the Treasury Committee, asked: “Whether the FCA has initiated any formal investigation related to the events that led to the suspension?” Mr Bailey replied in his letter: “We have opened an investigation but cannot comment any further.”

It is not yet known how long the investigation will take or the criteria being used.

In an eight page letter of response to Ms Morgan, Mr Bailey said: “I fully recognise the concerns that have been raised by the Committee and investors who have been impacted by the suspension.”

He explained the FCA’s role in regulating the UK’s 200 Authorised Fund Managers who sell investments in thousands of funds to investors.

He said the Woodford Equity Income Fund was first authorised by the FCA in 2014 and Woodford Investment Management managed the assets within the fund.

One issue raised with the fund suspension, and a potential factor in its suspension, was the use by the firm of illiquid investments. Some critics have said this made rapid redemptions difficult and forced Woodford to suspend the fund.

Mr Bailey said in his letter, however, that the FCA was not opposed to the use of illiquid investments.

He said: “Financial markets should support investment in companies that will contribute to economic growth and create jobs. That will foster innovation and help to tackle critical issues such as climate change. Securities issued by start-ups and other firms with innovative strategies will often be unlisted and illiquid, particularly before they begin bringing in revenue, and not all of them will succeed. That is the nature of innovation.

“I believe there should be clearer and binding limits on the share of such investments held in collective investment schemes whose shares are typically bought and sold freely and frequently, and that it is crucial that investors understand what they are investing in. We should not, however, discourage investment in unlisted and illiquid assets.”

Mr Bailey said the FCA had made efforts recently to improve governance within funds following its competition review in the asset management sector.

Among the remedies adopted following the review are a requirement for fund managers to appoint a minimum of two independent directors to their boards by October and an annual public assessment of value within a fund using a number of specific criteria, also from October.