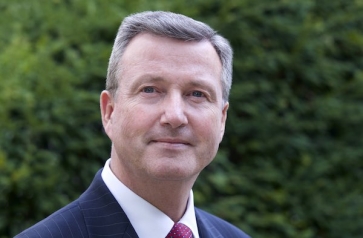 The Personal Finance Society (PFS) has warned over the “wider implications” of the FCA’s pension transfer review.

The regulator revealed yesterday that it would consult on a potential ban of contingent charging.

Keith Richards, chief executive of the Personal Finance Society, said financial advisers could be affected by the FCA’s consulting on measures to change how advisers manage and deliver pension transfer advice.

Mr Richards said: “While it may have been intuitive for the Work and Pensions Select Committee to assume that contingent charging drove the behaviours of a small minority of advisers in the British Steel debacle, it was reactive and clearly at the time without fact-based foundation.

“If, however, the FCA has now gathered conclusive evidence as part of their current supervisory work, then consulting on options to mitigate the conflict is a logical course of action to take.

“The profession has always understood and acknowledged the concerns surrounding contingent charging, real or perceived and it was right there has been additional scrutiny by the FCA as part of their review of defined benefit pension transfers.

“But consumer choice is essential and any review to restrict that choice must be properly assessed, which at least seems to be acknowledged in this consultation statement.”

Mr Richards welcomed the FCA’s confirmation that any potential ban will be limited to DB pension transfers only.

He said: “The call for other suggestions provides for a more constructive opportunity for all firms to input.

“The wider profession has for a long time acknowledged that contingent charging is an area of potential conflict and in such circumstances we need to demonstrate diligence and due process of mitigation when employing.

“The additional suggestion, or at least perception, that advisers could also be conflicted by the longer term earning potential of a transfer is not isolated to contingent charging and this particular aspect of the review could have even wider implications going forwards.”

The Personal Finance Society’s good practice guide, issued following the launch of pension freedoms back in 2016, highlighted that the separation of an initial review fee from any ongoing dependency could be one way of demonstrating and mitigating the acknowledgement of a potential conflict, as well as setting client expectations that a transfer may not be a suitable recommendation from the outset.

He added: “We will be engaging members further to inform and support our submission to the consultation process.”