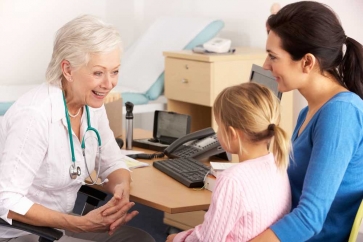 GPs' pensions tax rules would be reformed under the proposals

The Department of Health and Social Care (DHSC) is to open a consultation on major changes to pension rules which have been criticised for forcing high-earning doctors to turn down extra shifts due to tax penalties.

Critics have said the pension problems have resulted in overtime being rejected by senior consultants and clinicians resulting in longer waiting lists and cancelled operations.

Experts say the move could eventually herald major reform of the tapered annual pension allowance which could also impact the private sector.

The government says its U-turn over much-criticised tax rules on NHS senior consultants’ pensions is necessary to improve patient care.

It wants to change pension rules for “top doctors, surgeons and other high-earning clinicians to allow them to take on extra shifts and treat more patients without losing out financially.”

The DHSC says the consultation will ask people about proposals which would give senior clinicians “full flexibility” over the amount they put into their pension pots.

The consultation replaces a 50:50 proposal put forward in July.

If implemented, starting from the next financial year in April, the new rules would allow senior clinicians to set the exact level of pension accrual at the start of each year.

The DHSC says this would allow, for example, 30% contributions for a 30% accrual rate, or any other percentage in 10% increments depending on doctors’ financial situations. This would allow them to take on additional work without breaching their annual allowance and facing tax charges.

Employers would then have the option to recycle their unused contribution back into the clinician’s salary.

Chancellor of the Exchequer Sajid Javid said: “This government is committed to ensuring that British people see a real difference in public services, including getting quicker GP appointments and a reduction in waiting times.

“Critical to that is introducing flexibility into the system so that our hospitals have the staff they need to deliver high-quality patient care, which is why we’ve listened to concerns and will be reviewing the operation of the tapered annual allowance. This will help to support the delivery of our vital public services.

Health and Social Care Secretary Matt Hancock said: “NHS doctors do extraordinary, life-saving work every day, and they should not have to worry about the tax impacts if they choose to go the extra mile by taking on additional work to help patients.

“These comprehensive proposals will give doctors the pension flexibilities they have called for and need to make sure they are rewarded for extra work. We are taking immediate action and I hope these flexibilities will encourage our top NHS staff to fulfil the dedication of their mission: to care for their fellow citizens in time of need.”

Former Pensions Minister Baroness Ros Altmann said: “I am glad to see the Government is putting forward new proposals to improve the NHS pension situation and try to alleviate the crisis caused by unfair and damaging pension rules.”

Another former Pensions Minister Steve Webb, now director of Policy at Royal London said: “After months of pretending that there wasn’t a problem, and months more of suggesting that a tweak to the NHS pension scheme was all that was needed, this u-turn is welcome.  In particular, the suggestion of a review of the ‘tapered annual allowance’ is long overdue.

“This problem is not unique to the NHS nor even just to the public sector, and so any review must be comprehensive and cover everyone affected by this absurdly complex taper, including in the private sector.  The best solution by far would be outright abolition, even if this meant a slightly lower annual allowance across the board.

“The proposed changes will also create a huge need for high quality financial advice.  Doctors will now face an annual choice of contribution rates between 0% and 100% and may have to review their decision late in the financial year.  Decisions to give up valuable pension rights should not be taken lightly or hurriedly and there is a risk that new options will be available before the necessary advice infrastructure is in place.”