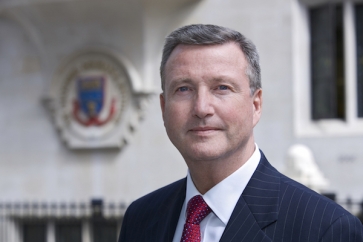 The Personal Finance Society (PFS) has branded the findings of an FCA survey, released yesterday, which showed nearly 50% of pension savers accessed their pension pots in the past 12 months without taking any regulated advice or guidance, “alarming”.

Other experts have also weighed on on the revelations of yesterday’s Retirement Income Data report.

Keith Richards, PFS chief executive, said: “It is deeply concerning how many people are pulling all their cash from their pension pots without advice or guidance and the potentially catastrophic poor outcome for thousands of consumers must be acknowledged as a failing of Government and regulator to deliver clear guidance for the public.

“The FCA is right to be concerned about non-advised drawdown sales because of the risks of managing drawdown, but what was expected when the public message was ‘it is your money, you are free to do what you what without restriction’?

“The FCA’s data showed that the odds of someone taking advice generally increases with the size of the pension pot.

“Consumers with small pots shouldn’t be assumed to be people without other assets or complexities, who could have benefitted from professional advice.

“However, those with smaller pots have even more to potentially lose if they fail to grasp the risks associated with pulling all their cash out of their pension and should be considering their choices by reviewing all their assets - not just one small pension pot.”

Mr Richards urged the FCA to “do more to make sure providers are signposting guidance services and advice and explaining the potential ramifications” of failing to seek advice.

He added: “We are also calling on the Government to better position the purpose of pension freedoms and the importance of maximising income in what is likely to be a longer period of retirement compared to our parents.

“We need to ensure people don’t see pension freedoms as an opportunity to by a Lamborghini.

“We want to make sure that nobody ends up making the wrong retirement income choice.”

Nathan Long, senior analyst at Hargreaves Lansdown, said: “More flexible working patterns coupled with greater pension freedom are changing how we choose to access our pensions, with more than half of plans continuing to be encashed entirely.

“With the industry worrying about the number of people using income drawdown to fund their retirement, the glaringly obvious issue of people encashing their pension seems to be ignored.

“Three quarters of people are seeking out guidance or advice before accessing drawdown meaning people are aware of the need to get these big decisions right.

“The harm seems to come with decisions being made with smaller pots.

“Consolidating pensions in advance of retirement so they are more likely to be used as part of an overall income strategy, rather than cashed out piecemeal is a sensible move.

“A handful of older pensions may have valuable guarantees, but in the main modern pensions can be transferred quite easily.”

He said the figures, which showed close to one in three taking a regular income through drawdown for every one person buying an annuity, represented “a monumental shift in retirement behaviour the impact of which will be felt across the UK economy”.

He added: “The nature of the pension freedoms means while some will use their new found flexibility responsibly, others risk sleepwalking into disaster. Increasing take-up of advice and guidance is crucial to help mitigate this risk.”

He added: “Failing to get advice could have disastrous long term consequences unless you have a very good understanding of the tax landscape and are able to objectively plan a sustainable retirement strategy, which very few people can.

“If you take a lump sum in a single tax year it is likely to result in having a much heftier income tax bill than if you chose instead to take the money out gradually.

“However, it’s clear that even among those who are choosing to take their money gradually through drawdown, many are not doing it in a financially prudent manner.

“The FCA’s data shows that 40% of retirees taking a regular income were drawing down their pot at an annual rate of 8% or more.

“This rate of withdrawal risks putting people at risk of ruin if they deplete their pot too quickly and outlive their savings.

“There are few instances where this would make financial sense, making it likely that this is being done unadvised and these pensioners are greatly jeopardising their chances of a prosperous retirement.

“An appropriate withdrawal rate depends on what other assets you have at your disposal, other sources of income, your age, your investment return and so on but it is crucial to get professional advice so that you understand how your drawdown decision will impact on your pot over the course of retirement.

“While pension freedoms gave people the opportunity to take control of their own finances this does come with a huge degree of responsibility.

“As a result we need to make sure that the public are engaged with the consequences of poor pension planning and understand how valuable financial advice can be for not only the longevity of your pension pot but for avoiding huge tax liabilities too.”