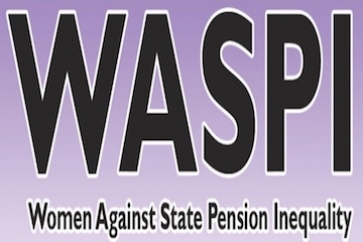 WASPI campaigners have lost a legal battle against Government handling of the rise in women's state pension age.

Women born in the 1950s had claimed the increase was unfair because they were not given sufficient time to prepare for life without the State Pension and argued the policy was discriminatory.

In a summary of the court's decision, the judges said: “There was no direct discrimination on grounds of sex, because this legislation does not treat women less favourably than men in law.

“Rather it equalises a historic asymmetry between men and women and thereby corrects historic direct discrimination against men.”

The court also rejected the claimants' argument that the policy was discriminatory based on age, adding that even if it was “it could be justified on the facts”.

The judgement read: “The Claimants are women born in the 1950s who are affected by legislation implemented between 1995 and 2014 which equalised the state pension age (“SPA”) between men and women and raised the SPA from 65 to 66, 67 or 68, depending on age.

“The essence of the Claimants’ case was that there had been discrimination because the legislation had been intended to equalise the position of women and men, but it had not had that effect because it had exacerbated pre-existing inequalities suffered by women when compared with men.

“Further, the Claimants argue that there was inadequate notice given of these changes, which frustrated their legitimate expectations and was procedurally unfair.”

Lord Justice Irwin and Mrs Justice Whipple dismissed the claim on all grounds.

Steven Cameron, pensions director at Aegon, said: “If starting with a blank sheet of paper, very few people would argue that males and females should be treated differently, whether in terms of pay or in this case state pensions.

“The problem is whenever changes are implemented to address an inequality, one party tends to be ‘disadvantaged’ by the change, relative to the other.

“The millions of women affected by the increase in state pension age have had to face a significant change to their lives and retirement aspirations.

“For such a huge change, there needs to be very clear, timely and personalised communications and clearly there were failings here.

“But had the state pension age for women not been brought into line with that for men and indeed the common age increased further as is now happening, at a time when we are on average living longer, it would have placed a massive and unsustainable extra burden on the working age population, whose National Insurance contributions pay today’s state pensions.

“In an era where private pensions now offer the flexibility to take as much or as little out from as early as age 55, there would be merit in offering not just affected women but everyone regardless of gender the option to take their state pension a few years early subject to it being set at a reduced level to reflect it being paid for longer.

“While many would argue this doesn’t go far enough to address the hardship a generation of women are facing, it would at least offer more options to choose from.”

More in this category: « The Pensions Regulator launches new crackdown on schemes FCA urges £1.4m scam victims to come forward »
back to top