Register for Financial Planning Today website for FREE to view more stories and get our daily newsletters. Click on 2 stories to see Registration pop up.
Wednesday, 16 October 2019 14:57

Boosst: ‘How we fought back against clone scammers’ 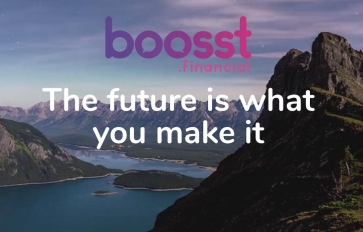 Financial Planning firm boosst.financial has revealed how it fought back against scammers who tried to clone the firm’s identity to rip off investors.

The FCA recently issued a warning that cloning scammers were trying to copy the Milton Keyne’s firm’s business brand to cheat the public.

Cloning of financial firms is a rising problem with the FCA issuing several warnings a day although to date cloning of Financial Planning firms is relatively rare. Cloners often set up fake copy websites or use fake details of the genuine firm to try to cheat investors who mistakenly believe they are dealing with the real firm.

Josh Butten FPFS, boosst director and Certified Financial Planner, said the firm initially noticed suspicious social media activity with a new user in the US falsely claiming to be an employee of boosst.

He said: “We monitor our social media channels very carefully and recently noted suspicious activity on LinkedIn, where a new user based in USA was falsely claiming to be an employee of boosst.

Mr Butten said the user had also used profile text from one of the firm’s own team members’ from his LinkedIn Profile.

Boosst reported its suspicions to its external compliance support and LinkedIn, who contacted the ‘member’ to remove the incorrect details. They also contacted boosst’s accountants, whose address was falsely listed as the registered address on the clone firm’s website.

Mr Button said the move highlighted the dangers from clone scamming and lack of verification of company details by LinkedIn.

He explained: “As we could not prove that they had undertaken any fraudulent activities (albeit we clearly knew that he has never been a boosst employee) LinkedIn gave the new member 14 days to remove the incorrect details or provide evidence that they are an employee of boosst.

“In our opinion, LinkedIn’s approach gave the user impersonating us too much protection. The profile has since been deleted. LinkedIn currently seems to allow anybody to say that they work for any business, without any form of verification - we believe that this makes it too easy for fraudsters to impersonate employees of regulated firms.”

Mr Butten said although there was no proven link initially, just suspicions, a few days after discovering the fraudulent LinkedIn profile, the clone firm website was brought to boosst’s attention by a member of the public.

The individual said they had been messaged by an individual in the USA using a fake profile on Facebook, in a Facebook group that discussed cryptocurrency investing.

After being pointed to the clone firm’s website by the Facebook user, the member of the public found our details on the FCA register and called us to check us out and speak about cryptocurrency investing, he said.

Mr Butten said because the attack was caught early the FCA acted “very promptly” in posting a clone warning and is attempting to take further steps to take down the fake website.

He added: “Nether our email or domain servers have been compromised and none of our clients have been impacted.

“We remain unsure why we were the target - but thankfully we were alert, dealt with the issue quickly and the FCA took action immediately. It remains a concern that social networks enable impersonation and we feel that LinkedIn, in particular, should require an employer’s verification to confirm employment before displaying it on a users profile.”

• To help other Financial Planning firms and clients, boosst has published a blog post on its website, called ‘Financial Crime: Staying One Step Ahead.’