40m UK adults are ‘rolling the dice’ on retirement 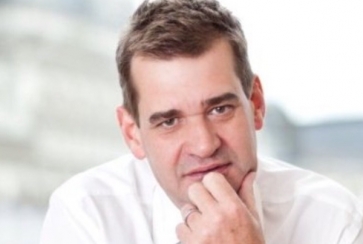 Forty million UK adults are “rolling the dice” when it comes to their retirement, admitting that they either have not or did not set savings targets for their retirement.

Sanlam UK’s new ‘What’s Your Number?’ report, highlighted the lack of basic knowledge that is impacting the UK’s ability to reach their financial goals.

The report found that more than half (55%) of UK adults doubt they’ll be able to save enough money to retire when they want to, with that just 12% of under-55s revealed to have a target for pension pot.

Despite high levels of awareness that their financial circumstances are problematic, too few are addressing the problem head on, the firm says.

This lack of engagement was highlighted by the fact that people were four times as likely to know their lottery numbers off by heart than their target pension pot (11% vs 3%).

The data also revealed that it was those aged 45 to 55 - the age group that should be saving at a significant rate – that are particularly at risk, with just 18% shown to have set retirement goals.

This is the equivalent of 8.2 million UK adults “sleepwalking into their retirement”, missing out on their final earning years and “significantly undermining their ability to achieve their retirement goals”, Sanlam says.

Just one in five (18%) women have set a financial target for their retirement compared to 29% of men.

This means that 22 million women are without a financial target for their retirement.

When looking for an explanation for this failure to plan, the findings revealed that around two fifths (39%) of UK adults do not see setting targets as being important to their Financial Planning.

There was, however, a reason for future optimism, Sanlam says.

Those under 35 were more aware of the importance of Financial Planning than older generations.

Around two fifths (39%) rated it as very important compared to the national average of 26%, while 86% have already set financial targets.

With this approach, time on their side and the benefits that come from workplace pensions, under 35s were said to be significantly more confident in their ability to achieve the amount they need in their savings pot (55% vs a national average of 45%).Sanlam chart

“The gap between what people think they need and what they actually require in later life is huge, and sometimes life-changing.

“Despite years of industry effort to turn the tide, engagement with longer term savings, as highlighted in our report, is shockingly low.

“This suggests that we are about to see a tidal wave of people coming into retirement who will be ill-prepared and severely disappointed when faced with their retirement reality.

“By taking some very simple steps, setting clear financial goals, and identifying a clear path to get there, this nightmare can be avoided.

“While we should certainly be encouraged that younger people are increasingly aware of the importance of knowing their savings targets, the stark figures around those in the ‘squeezed middle’ should set alarm bells ringing.”

He added: “It is at this time of life that people should be clear about their retirement number and have a clear and achievable plan to get there.”

More in this category: « Experts back Boris Johnson’s Brexit deal Hundreds volunteer for new financial wellbeing initiative »
back to top