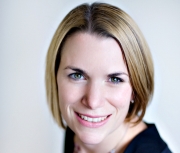 Today we received our questionnaire from the FCA regarding actions that now need to be taken following receipt of the information we provided to them regarding defined benefit pensions.

In terms of the scale of risk we’ll be relatively low risk, I’m sure, compared to other advisers out there. In fact, during the period they asked us to report on, there were only five cases where we recommended the clients transfer out of their defined benefit pensions.

There’s obviously been lots of bad press and you can’t attend a conference or open a financial publication without seeing some mention of final salary transfers and what’s going on in the market at the moment. But, where do we go from here?

As a firm, we’ve been umm-ing and ah-ing about whether we continue to do this sort of business going forward.

But, a call from a prospective client this week made me look at this and think about this more seriously. He had his transfer value and was already nearly a month into the three-month transfer value guarantee period.

With work that we already have scheduled for this period and adding in the Christmas holiday I wasn’t happy about taking on such a large case. So, I reached out to a couple of local and trusted Financial Planners who I felt happy referring this gentleman to. One had his concerns, but said he was happy to have a conversation with the chap. The other confirmed his answer would be a resounding “no”.

Having just renewed their PI insurance, he confirmed that they had really struggled to obtain cover. Now I would have thought that this firm was a relatively low risk. Based on what you see from the outside, it would appear they run a good operation with good practices and that they provide good advice to their clients. So, if they’re struggling, are we going to be in the same position when we come to renew our own cover in March 2020?

I still believe that there are instances when a transfer will be in the client’s best interests. But we can’t run our business without PI insurance. Although we appreciate that taking on this type of business and these types of clients can potentially prove very lucrative, we simply can’t afford to leave ourselves exposed to the risk of uninsured financial claims.

So, as things stand today, it looks like we will probably be revoking our FCA permissions for this sort of business and I will be hanging up my “pension transfer boots”.