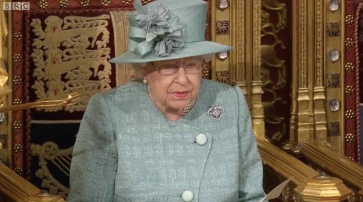 A new Financial Services Bill and a ‘refined’ Pension Schemes Bill will be introduced by the Government as part of a 30-bill programme announced in the Queen’s Speech today.

The Financial Services Bill will mostly be focused on getting the sector ready for Brexit and helping maintain London’s place as a world financial centre.

A ‘refined’ Pensions Schemes Bill, announced in last Queen’s Speech, will be reintroduced early in the new year and will move forward the Pensions Dashboard, DB transfer regulations and collective DC schemes.

The Government says the Pension Schemes Bill will “support pension saving in the 21st century, putting protection of people’s pensions at its heart.”

There will also be new Social Care legislation to ensure that "no-one is forced to sell their home to pay for it."

In the Pensions Bill a legislative framework for the introduction of Pensions Dashboards will be created to allow people to access their information from most pensions schemes in one place online “for the first time.”

The move commits the new Government to introducing the Pensions Dashboard and reduces concerns the idea would would be dropped or watered down.

The Pensions Bill will also be regulations to set out the circumstances under which a pension scheme member will have the right to transfer their pension savings to another scheme.

There will also be extra powers for The Pensions Regulator including “lengthy jail terms”  for reckless bosses who plunder people’s pension pots. This will include new criminal offences, with the most serious carrying a maximum sentence of seven years’ imprisonment and a civil penalty of up to £1m.

The Financial Services Bill is designed to help ensure the UK maintains its “world-leading regulatory standards and remains open to international markets after the UK leaves the EU, planned for 31 January.

The Government says it will include measures to maintain the high standards of protection for UK consumers buying financial products but also ensure competitveness in the UK’s financial sector.

The legislation will also ensure long-term  market  access  between  the  UK  and Gibraltar for financial services firms.

The will also be efforts to simplify the process which allows overseas investment funds to be sold in the UK to maintain the UK position as a centre of asset management and provide more choice to UK consumers.

In other bills, there will be progress on legislation to tackle money laundering and boost transparency in the UK property market when property is bought by overseas entities.

An Online Harms Bill will also seek to tackled online scams and cons, many of which have best the financial services sector.