Only 8% of middle aged savers see an IFA regularly 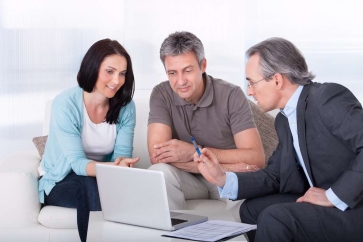 Under 10% of Gen-Xers see an IFA regularly

A survey of 2,000 ‘Generation X’ individuals - those aged 39-54 - has revealed that 84% make key financial decisions alone or with their partner.

Nearly half (44%) do not consult anyone before making important financial decisions.

Just 8% of the 2,011 UK ’Gen X-ers’ surveyed in November for the ‘Generation X Retirement Prospects’ study commissioned by pensions specialist fintech firm Dunstan Thomas, had consulted an IFA in the previous 12 months. This figure rose to 13% for Gen Xers in London.

A fifth (21%) use financial information from online financial comparison sites while 13% rely on national media personal finance pages and the same percentage ask friends and family for information.

The survey discovered that the average UK pension savings pot is worth £186,611 for Gen X men while their female counterparts have only £117,854 in pension savings.

The average Gen X man pays £253 each month into their pension while the average woman aged 39-54 puts aside  just £139 per month.

The survey found that only 5% were saving enough for ‘modest retirement.’

Nearly half (48%) of female and over a third (34%) of male Gen Xers had never heard of Pension Freedoms before responding to the survey. A further 30% had heard of it but knew nothing about it.

Many Gen-Xers believe they will never be able to retire properly or will be poorer than their parents’ generation in retirement. Many expected only to ‘semi-retire.’ Some hoped an inheritance would boost retirement income.

Adrian Boulding, director of retirement strategy at Dunstan Thomas, said: “The closure of large swathes of the DB market; AE coming too late for older Gen Xers; together with changing working practices and demographics; and lower levels of access to financial advice post-RDR, are all major factors influencing Gen Xers’ retirement saving levels.

“The result: only about 5% of 39-54-year olds are on track to fully fund even moderate retirement lifestyles and 25% of them stated they had no savings or investments at all.”

More in this category: « FCA and Bank of England set up new AI forum Treasury appoints Woolard as interim FCA chief executive »
back to top