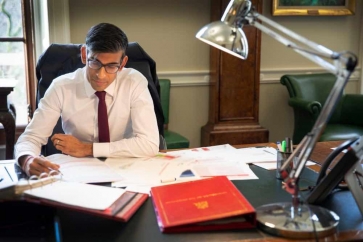 Chancellor Rishi Sunak has extended the consultation on scrapping the RPI inflation measure by four months to August.

RPI is used for the indexation of many pensions and critics have warned of the danger of scrapping it or merging it with CPIH, a more commonly used measure based on CPI.

The Pensions Policy Institute recently warned that a Government change to the inflation measure could cut lifetime pension income by up to 21% for some pension savers.

It said RPI, an older measure of inflation, is still used for the indexation of many pensions and tends to be higher than CPIH, boosting pension income as a result.

The consultation had been due to end on 22 April but will now be extended to 21 August to allow more time for submissions. A Government response is now due in the autumn.

The consultation covers a number of topics, including whether RPI could be scrapped or merged at a date between 2025 and 2030.

The consultation was launched at the Budget on 11 March and a number of responses have already been received.

In a letter this week to Sir David Norgrove, chair of the UK Statistics Authority, Mr Sunak wrote: “Dear David, As  you  are  aware, at the Budget  the  government and UK Statistics  Authority  (UKSA) launched a joint consultation seeking views on whether UKSA’s proposal to address the shortcomings of the Retail Prices Index should be implemented at a date other than 2030, and, if so, when between 2025 and 2030.

“However, since the consultation was launched the situation with the coronavirus pandemic has evolved. Businesses and individuals are now focused on mitigating the challenges that this public health and economic emergency has created. The consultation is scheduled to close for responses on 22 April, with a response due by the summer Parliamentary recess. Our officials  have  been  discussing  the  feasibility  of  the  consultation in  the  current circumstances under the existing timetable.

"In light of the evolving situation, in order to hold a meaningful consultation we agree that we should extend the consultation period.”

Tiffany Tsang, policy lead for DB, Pensions and Lifetime Savings Association, said: “Due to the circumstances surrounding Covid-19 at the moment, the PLSA believe that it is the correct decision by the Treasury and UKSA to extend the consultation period for the timing of reform to the Retail Prices Index (RPI).

“As we have previously stated, we believe RPI is a flawed measure of inflation, but any plans to phase it out must take into consideration the £60-80 billion impact on pension schemes, which have made RPI-linked investments in the interests of their members, in good faith. Any change should...necessarily be offset by fair and appropriate mitigation for schemes.”

More in this category: « Financial complaints soar to over 6m - FCA ABI urges pension savers to avoid panic »
back to top