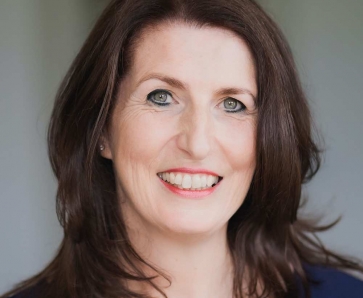 Momentum Pensions, a UK and international SIPP and pension provider, has appointed Sandra Robertson as its new group chief executive as Stewart Davies hands over the role after six and a half years.

The firm, which recently accelerated the introduction of e-signatures, say it is planning more investment in technology and new products and Ms Robertson will lead this strategy.

Current chief executive Stewart Davies willl ‘step back’ after six-and-a-half years at the helm but will remain a director and shareholder and will continue working with key intermediaries.

He joined Momentum as group CEO in December 2013. During his time as CEO, Momentum expanded into Gibraltar and the UK SIPP market.

The company administers more than £2bn in assets for 10,000-plus clients in multiple jurisdictions

Ms Robertson has worked at Momentum as a consultant for the past year and has a 30-year career in financial services, which includes roles at the Knox Group and Charterhouse Group International.

For the past three years she has run her own business, advising clients including Momentum Pensions and providing business advisory services to the Isle of Man Government Department for Enterprise.

She worked for Knox Group for eight years and was group chief executive at Charterhouse Group International as well as working at Scottish Provident International and Canada Life Assurance.

Momentum Pensions chairman Mark Gaywood said: “Sandra has worked with Momentum as a consultant learning about our business and our people and it’s a tribute to our culture and business model that she has decided to join permanently.

“Momentum Pensions has a strong track record of growth in clients and assets under administration based on unrivalled service which has been driven by Stewart who decided in early 2019 that he wanted to step back. We have ambitious plans for future growth based on evolving the business through technology and digital expansion and Sandra is ideally placed to deliver on our strategy.

Ms Robertson added: “I’ve known Momentum as a business for more than 10 years and have long been impressed by its people and their commitment to delivering transparent and compliant products with great service. I look forward to building on the growth achieved in the next phase of expansion and delivering our exciting plans for the roll-out and development of further technology enhancements and new products.”