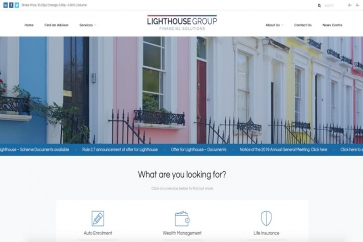 The FCA has launched a probe into DB transfer advice given by advisers at Lighthouse Group - now part of Quilter.

Following news of a DB transfer contingent charging ban by the FCA today, the regulator announced 30 enforcement investigations were also under way.

Quilter, owner of Quilter Financial Planning, confirmed in a Stock Exchange announcement today that its Lighthouse subsidiary is one of those affected by the investigation.

At its peak as an independent firm Lighthouse had 400 advisers. It was bought by Quilter in June 2019.

Quilter announced on 11 March as part of its preliminary annual results that a number of complaints had been received related to historic advice provided by Lighthouse Advisory Services Limited to customers wanting to transfer out of the British Steel defined benefit pension scheme.

Quilter said the complaints related to advice given by Lighthouse prior to its acquisition by the Quilter Financial Planning division.

Quilter said today: “The company confirms that the FCA has commenced…an investigation into Lighthouse.

“The FCA is investigating whether Lighthouse has breached certain FCA requirements in connection with advising on and arranging DB pension transfers in the period from 1 April 2015 to 30 April 2019.

“The company also confirms that the FCA has also required Lighthouse to appoint a skilled person under section 166 of the Financial Services and Markets Act 2000 to conduct a review of certain DB pension transfers advised on or arranged by Lighthouse in the period from 1 April 2015 to 27 January 2020.”

Quilter and its subsidiaries, including Lighthouse, are fully co-operating with the FCA.

Quilter said it supported the FCA’s move to tackle weaknesses in the defined benefit transfer market. The company also backed the contingent charging ban and the introduction of an abridged advice process.