Beer takes over as CEO of Brewin Dolphin 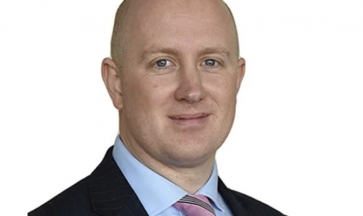 The move was announced in January.

The company employs more than 105 qualified Financial Planners and 129 Paraplanners and assistants.

Mr Nicol decided to retire after eight years with the group, the company announced in January. He will remain with the company until the end of July to hand over the ropes to Mr Beer.

Mr Beer was previously responsible for Brewin Dolphin's intermediaries, charity, professional services and digital businesses. He has over 20 years of experience in financial services, previously working at National Australia Bank, Gerrard and Barclays.

He joined Brewin Dolphin in 2008 to open and run the Nottingham office. He then became regional director in the Midlands, before taking charge of the intermediaries' business in 2013 which expanded funds under management to over £14bn.

He joined the executive committee in 2016, with further responsibilities for research, investment governance and the development of investment solutions.

Earlier this year Mr Beer said: "I am delighted to be chosen to lead the business at this juncture and I look forward to continuing to build on David's achievements to drive the business through its next phase of development."

More in this category: « Transact hit with unexpected £4.3m VAT bill First payments from failed Woodford funds due »
back to top