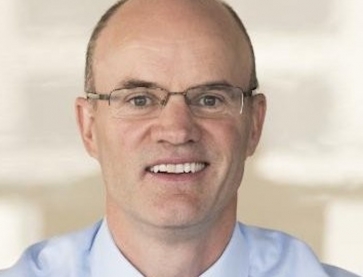 Mr Sainsbury has been managing director of Close Brothers’ Banking division since 2016.

The company has a growing Financial Planning and wealth management arm employing more than 110 advisers in 10 offices across the UK and manages £11.7bn in assets.

Mr Sainsbury’s remuneration package will include an annual salary of £550,000 and a pension allowance at 10% of annual salary. He will also be eligible for a bonus of up to 225% of salary, depending on performance, and a long term inventive plan award of up to 275% of salary.

Mr Prebensen announced last September that he would step down as CEO after 10 years to pursue new interests. The news came as Close Bros announced a modest fall in full year pre-tax profit from £271m to £264m. The company achieved higher profits in banking but its asset management and Winterflood securities divisions faced tougher conditions.

Mike Biggs, chairman, said: "I am delighted to announce the appointment of Adrian Sainsbury as chief executive. His deep knowledge and experience, strong leadership and exceptional commercial expertise make him ideally placed to lead the group through the next stage of its development.”

The board thanked Mr Prebensen for his “outstanding leadership and very significant contribution over the last 11 years.”

Mr Sainsbury said: "I am honoured to be appointed chief executive of Close Brothers. Our group has a long and successful track record built on the experience and expertise of our people, strong customer relationships, and a prudent approach to managing our business. I look forward to taking this proven and successful business model forward in the years to come."

Mr Prebensen said: "I am delighted that Adrian has been appointed as Close Brothers' next chief executive. We have worked together for seven years and Adrian's drive, his breadth of experience and his deep knowledge of our banking businesses have been very clear throughout that time. I am very pleased to be leaving the group in such capable hands."

Close Brothers provides lending, deposit taking, wealth management and securities trading. It employs 3,000 people, mainly in the UK, and is a member of the FTSE 250.

More in this category: « Financial Planners need to transform - report Pandemic accelerates growth in digital saving »
back to top