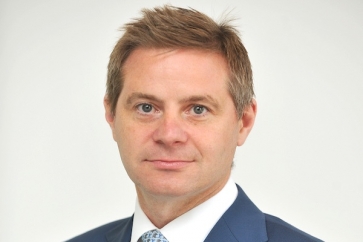 Mr Duckworth will become the third CEO of the company in 12 months when he takes the helm in September.

He replaces Peter Hetherington who stepped down recently to pursue other opportunities after eight months in the job. His predecessor James Rainbow moved to become Schroders’ UK and Latin America distribution head last October before returning temporarily as interim CEO after Mr Hetherington’s exit.

Mr Duckworth is an industry veteran with over 30 years of experience in financial services.

Earlier this year he announced he was stepping down as CEO of restricted adviser firm Openwork to seek other opportunities.

He steered restricted network Openwork, which has 3,900 advisers, to independence from Zurich Insurance Group in 2018 and helped the company achieve pre-tax profits of £22.6m in 2018.

Schroders Personal Wealth, a Financial Planning joint venture between Schroders and Lloyds Bank, has reiterated its ambition to become “a leading wealth management business in the UK.”

In the past year Schroders PW has moved client assets from Lloyds Banking Group and launched of 11 regional hubs across the UK.

Antonio Lorenzo, chairman, Schroders Personal Wealth, said: “Mark has a huge amount of experience in financial services, in wealth management in particular and we’re all very much looking forward to having him on board.”

Mr Duckworth said: “I am delighted to be joining SPW. It has a fantastic brand, built on the heritage of its parent companies, significant capital behind it and, most importantly, the ambition to grow to become a market leading advice business in the UK.”

More in this category: « FCA wins High Court action against pension introducers FCA pushes back SMCR deadline by nearly 4 months »
back to top