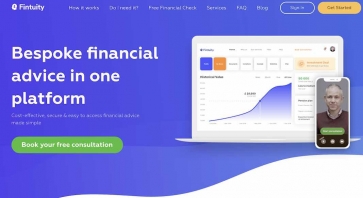 Men accumulate £135,000 more than women in their pension by retirement, according to a new report.

The new report from digital IFA disruptor Fintuity said that on average men have a pensions pot of around £235,000 by the time they reach retirement age, this is 1.7 times higher than the average pot for women, who typically acquire around £100,000.

A woman in her 20s would need to save approximately £1,300 extra per year in order to close the gender pensions gap, according to the report.

Single female pensioners under the age of 75 have actually seen their average weekly income decrease, from £367 in 2014/15 to £333 in 2018/19, marking a £108 weekly difference between single male and female pensioners in today’s figures.

Elizabeth Scott, financial adviser at Fintuity, said: “The worsening pensions gap in the UK is a detriment to our country’s ability to repair an ongoing gender pay gap, and an inability to aid those women who spend many years raising children and working in part time jobs because of it.

“This problem needs to be tackled head on, with new support initiatives put in place, and encouraged by employers, in order to enable women to get a much better deal. Due to Covid-19, we can expect high job losses for women, especially those who work part-time, meaning it’s likely the pension gap is only going to increase and the urgency for change is higher than ever.

“In the meantime, women of all ages should consider seeking affordable professional financial advice, in order to understand how best to maximise contributions to their pensions pot, put a plan in place to save more efficiently or even acquire another source of income, such as via investments.”

The report was created by analysing recent pensions data from the Office for National Statistics.