Third of expats secure finances ahead of Brexit 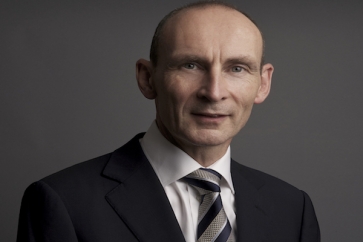 Nigel Green, chief executive and found of the deVere Group

More than a third of Britons living overseas have moved to ‘shore-up’ their finances ahead of Brexit, according to a new report.

In his latest update to the nation on the Brexit trade negotiations with the EU, Prime Minister Boris Johnson told the UK to “get ready for changes.”

The latest report from the deVere Group, which has over 80,000 mainly expatriate clients, said that around 35% of UK clients who live overseas have actively sought to mitigate the financial impact of Brexit, or are currently doing so.

With only five and a half months until Brexit, two thirds of deVere’s expat clients have still not sought advice with regards to the potential impact on their finances.

Approximately 5 million Britons live overseas according to UK government data, but the real figure is generally acknowledged to be much higher as many expats do not register themselves in their new countries of residence with the relevant authorities.

Nigel Green, chief executive and found of the deVere Group said: Typically, British expats around the world – whether they be in Australasia, Asia, the Middle East, Africa, Europe or the Americas – maintain financial links with the UK.

“Expats can be expected to be disproportionately affected by Brexit as shifts in policies could affect foreign exchange, pensions and retirement planning, investments and tax planning, amongst other issues.

“As such, and quite sensibly, they are looking to shore-up their financial planning strategies before the UK exits the bloc at the end of the year – especially as they can often use their expat status for their financial advantage.”

“Expats resident within the EU27 are, perhaps unsurprisingly, the most active in Brexit-proofing their finances.

“If there is a no-deal Brexit, which is looking increasingly likely, their pensions, insurance and healthcare could be adversely affected overnight.”

“With five and a half months left before the UK is out of the EU, it’s a concern that more UK expats have not yet sought to create, grow and safeguard their financial assets in a post-Brexit world.”

“If expats fail to plan for all Brexit eventualities by not considering all cross- border financial options now, they could be compromising their longer-term financial security.”

More in this category: « Provider nudges could triple guidance uptake Public sector workers set for pensions boost »
back to top