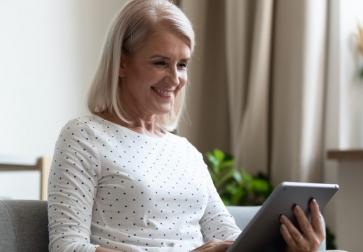 Four in 10 financial services professionals say they have adapted to using video calling to secure new business with prospective clients.

The figure was revealed in a recent survey of users of the Financial Planning system Dynamic Planner.

The research covered 83 professionals - 39% were advisers and 7% Paraplanners and half working in compliance.

They were asked how they conducted new business in the four months from February to May this year.

A significant number said video conferencing was being used in a “significant way” to engage with new clients.

Some 40% said they had used it for first meetings with prospective clients although the most popular method of communication for a first meeting was a telephone conversation at 44% while 10% said they used email.

The findings partly contradict a study by Aegon released this week and carried out at the end of may which found 73% of advisers reporting that remote working was hitting their ability to find and engage with new clients.

However all of those surveyed by Aegon were advisers compared to less than 40% for the Dynamic Planner survey which also included some older data.

According to the Dynamic Planner survey, prior to a first meeting, just over half, 51%, said telephone was how they initially communicated with a client - with a quarter, 25%, using email and 17% employing video chat.

Some 85% of respondents told prospective clients that their ongoing review process was central to their proposition.

Dynamic Planner’s marketing director Yasmina Siadatan said: “With 40% adopting video conferencing as a solution for the initial discovery meeting, use of technology is rapidly transforming the traditional landscape of financial advice, as it is with so many business processes across the globe.

“As one might expect, services such as online risk profiling (20%) and engaging client reviews on video (12%) are being deployed to maintain new business.”

New business processing during lockdown has been an issue for some firms with 38% saying it was slower and only 3% faster. Some  60% said it was the same.

More in this category: « Wealth manager launches ‘fight for fairer advice fees’ Curtis Banks buys Talbot and Muir and Dunstan Thomas for £53m »
back to top