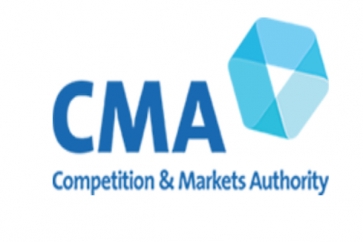 The Competition and Markets Authority has provisionally blocked the ‘mega-merger’ of platform providers FNZ and GBST due to concerns that the tie-up would hit competition and may lead to investors paying more.

FNZ may now be forced to sell all or part of GBST. The two firms dominate the ‘platform engine’ sector in the UK.

The CMA made the decision today following an in-depth investigation into the controversial merger.

FNZ bought GBST in November 2019 and the CMA describes them as “2 of the leading suppliers of retail investment platform solutions in the UK.”

Following its in-depth ‘Phase 2’ investigation, the CMA has provisionally found that FNZ’s purchase of GBST could result in a “substantial lessening of competition” and should be blocked.

The net results, says the CMA, is that the tie-up could lead to UK consumers who rely on investment platforms to administer their pensions and other investments facing “higher costs and lower quality services.”

The competition watchdog estimates that the merged business would be by far the largest supplier in the UK, holding close to 50% of the market.

The CMA’s investigation found that FNZ and GBST have competed consistently against each other in recent tenders to supply major investment platforms in the UK and that customers view them as close alternatives.

The investigation provisionally found that the merged business would face limited competition, with only one other supplier (Bravura) offering similar capabilities.

The CMA says the dominance of the FNZ-GST deal could also make it harder for newer competitors to enter the market.

The CMA has set out some potential options for addressing its provisional concerns, which include requiring FNZ to sell all or part of GBST. It is asking for views  on the provisional findings by 25 August  and on the notice of possible remedies by 18 August.

Martin Coleman, chair of the CMA inquiry group, said: “The evidence we’ve seen so far consistently points in the same direction – that FNZ and GBST are two of the leading suppliers within this market and compete closely against each other.

“That’s why we’re concerned that their merger could lead to investment platforms, and therefore indirectly millions of UK consumers who hold pensions or other investments, facing higher fees and lower quality services. We’re now inviting comments on our provisional findings and possible remedies.”

More in this category: « Fairstone acquires Berkshire IFA - with more deals on way UK economic downturn less severe than feared »
back to top