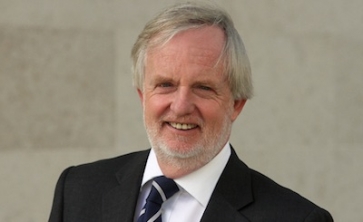 In the blog post Mr Dampier said that now is a good time for him to leave his “full-time role” at Hargreaves Lansdown, saying that he wanted to spend more time with family.

Mr Dampier departed the fund platform giant yesterday after a 38-year career that saw him become a respected investment expert.

Reflecting on his career, Mr Dampier said the biggest change he has seen has been to people’s pensions with final salary schemes being abandoned by all but the public sector.

He said: “Making private provision is not easy and your final accumulated sum is capped, if you can get there at all.

“The onus on making these provisions has fallen on the investor.

“Pension freedoms have also meant that it’s up to you to make your pension pot last. It’s no easy feat given the challenges I see around us today. It was always part of financial planning, that as you grew older towards and into retirement, you’d de-risk your portfolio.

“Pension freedoms and drawdown have effectively reversed this. Today’s near retirees and retired are taking unprecedented risks compared to my parents’ generation. This is at a time when interest rates are at historic lows, and most financial assets are expensive compared to when I first started.”

Mr Dampier was behind the development of the fund platform’s Wealth 50 list. The list was recently overhauled following market criticism of its continued inclusion of the Woodford Equity Income fund amid dire performance before its collapse.

Mr Dampier came under criticism in June last year, when it emerged that he and his wife had sold £6.1m in Hargreaves Lansdown shares prior to the share price suffering massive falls following the suspension of the Woodford Equity Income fund.

More in this category: « Email reporting service receives over 1.7m reports of phishing Planner training programme gets 200 applications in one day »
back to top