Register for Financial Planning Today website for FREE to view more stories and get our daily newsletters. Click on 2 stories to see Registration pop up.
Thursday, 24 September 2020 12:22 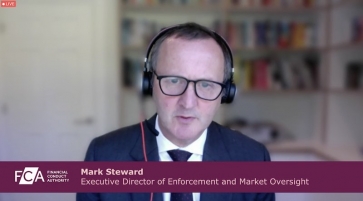 He said it was an area that needed “urgent change.”

Mr Randell said many cheated investors were lured to invest via ads they had seen on Google and other search engines.

He said it was not just Google advertising that was the problem. The regulator had also recently come across scams being promoted on social media includingTwitter and Instagram and via online “influencers.”

Mr Randell, in response to a question at the FCA’s Annual Meeting held online today, said it was wrong that scammers could post ads on Google and other search engines and social media and avoid the consequences.

Mr Randell said it was particularly annoying that the FCA had to pay Google to advertise scam warnings alongside the ads.

Mr Randell said the FCA was looking at what steps the regulator could take to tackle the growing problem which was fuelling some of its workload when the watchdog had to pick up the pieces after consumers were ripped off.

Many of the victims of the London Capital & Finance mini-bond scam were believed to have found the company through online searches.

He said it was particularly worrying that online scammers and fraudsters were hiding their “true identities” and the fact they were often based overseas.  He said the FCA was spending time and money to warn consumers of the dangers of relying on online offers.