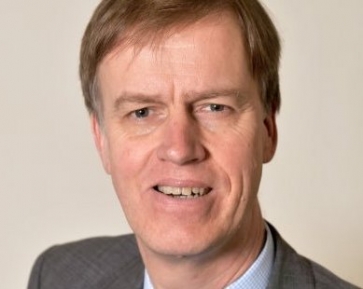 Stephen Timms MP, chair of the Work and Pensions Committee, has submitted an amendment to the Pension Schemes Bill going through Parliament which would make pension guidance appointments automatic.

The move, by an influential former Pensions Minister, would introduce auto-enrolment of pensions guidance just a few days after the government rejected auto-enrolled advice in favour of a ‘stronger nudge’ towards pension guidance.

Mr Timms amendment is due to be heard at the Bill committee stage tomorrow. It calls for increased use of pension guidance.

If accepted as part of the Bill, Mr Timms' amendment would compel the government to write to pension scheme members five years before they are eligible to take benefits to give them a date and time for a pensions guidance appointment - unless they chose to actively opt out of the guidance.

Pension scheme members who failed to respond to the offer would get an annual reminder.

“Pensions Guidance: The Secretary of State must write to members or survivors of pension schemes five years prior to the age of becoming eligible to access their benefits, to state a scheduled date and time for a pensions guidance appointment, or the option to defer this appointment; and write annually until a pension guidance appointment has been taken, or the member’s desire to opt out has been confirmed.”

In explanatory notes to the amendment, Mr Timms explains that the new clause would ensure members receive the offer of impartial pension guidance with a guidance appointment automatically booked unless the member opted out. The note adds that if members have not used their pension guidance appointment by the time they become eligible to access their pension benefits they will be “directed” to pensions guidance under regulations from the Financial Guidance & Claims Act when requesting benefits.

Speaking when the government announced its decision last week to opt for a ‘stronger nudge’ rather than auto-enrolment, Mr Timms said: “Pension Wise offers a hugely valuable service for the pension savers who use it: nearly three quarters of them make a different decision after having its guidance.

“But unfortunately only a very small proportion of savers speak to Pension Wise. That leaves huge numbers of people at risk of making the wrong decision about accessing their pension savings—risking a lower quality of life in retirement and, in the worst case scenario, losing all of their pension savings to scammers.

“The approach the Government has outlined (today) is a step forward. Even on its own evidence, though, it seems unlikely to deliver a really major increase in the numbers of people who take guidance from Pension Wise.”

More in this category: « CashCalc cashflow to integrate with Hubwise Curtis Banks completes Talbot and Muir takeover »
back to top