Under 34s leading the way for seeking advice 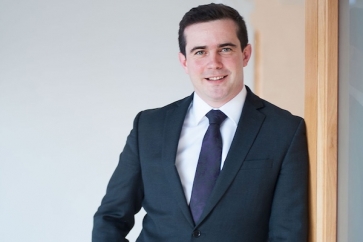 Younger people are leading the way when it comes to seeking out financial advice according to a new survey.

One in ten (11%) of the respondents said they went to Google for financial advice.

When asked about past financial decisions, the study also revealed that many older people surveyed had regrets. If the over-65s could go back and change a previous decision, a quarter (23%) would save more, while 18% said they wished they had started saving for their pension sooner.

When asked about saving, 41% of those aged over 45 said it was much harder to save when they were 20-30 years old, compared to the situation of those the same age today.

Over a quarter (27%) of those aged 45+ were planning on transferring their current wealth to their immediate children. Just under half (42%) said they will continue to save into their final years.

Neil Moles, CEO of Progeny, said: “As the survey results show, the advice gap persists. On the one hand, people recognise they need to know more about financial matters but at the same time feel that financial advice is not for them.

“Many of the people who would benefit hugely from advice don’t realise they need it which means we, as an industry, are clearly not doing a good enough job of demonstrating the advantages. It’s up to us to show how a good financial plan can deliver life-changing results – financially and emotionally – not just for the individual but for future generations of their family.

“There is work to be done but there are also reasons to be optimistic. The fact that 18-34-year-olds are the most likely demographic to have a financial adviser is a sign that the young generation get it. But we need build on this so that choosing a financial adviser becomes a natural step in life, and second nature to the next generation.”

An online survey was conducted by Atomik Research among 2,003 respondents from the UK. The research fieldwork took place on 4 November to 6 November 2020.