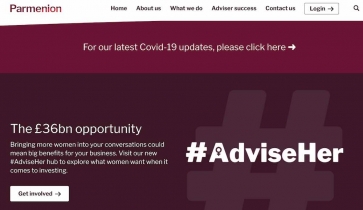 Standard Life Aberdeen is expected to make an announcement on the future of its Parmenion platform, one of three it owns, this week.

Sky News reported over the weekend that a sale of the company was on the cards.

It is believed Standard Life will auction off the Bristol-based company to simplify its platform offering.

Financial Planning Today reported last week that rumours have been swirling about a potential sale of Parmenion.

In a story last week about Standard Life shifting 120 support staff from its Elevate platform to FNZ Financial Planning Today reported: “Elevate is one of three platforms owned by Standard Life - with the others Standard Life Wrap and Parmenion, part of Aberdeen Standard Investments. There has been recent speculation of the platforms being merged or sold off but Standard Life has insisted it will retain Elevate.”

Sky News has reported that an announcement will be made to the Stock Exchange today.

New Standard Life Aberdeen chief executive Stephen Bird said in a statement: "Parmenion is a fantastic and highly regarded business but we need to simplify our offering to financial advisers.

"We will focus on our two adviser platforms, Wrap and Elevate, which operate on the same core technology. In the coming months we will be simplifying our model by merging their underlying technology, while retaining differentiated propositions for advisers."

It is believe Fenchurch Advisory Partners has been given the job of finding a buyer for Parmenion which could fetch up to £200m.