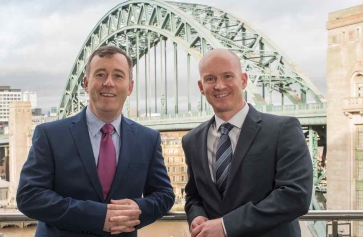 The acquisition is the ninth so far this year for Fairstone with more deals in the pipeline.

Based in Pontypool, South East Wales, UskVale is a whole-of-market advice firm specialising in investment and retirement advice.

Lee Hartley, CEO of Fairstone, said: “Finalising this deal with UskVale marks a very valued addition to our group and continues our scheduled growth plan for 2020.”

UskVale principal Paul Pelopida, said: “We joined Fairstone in 2017 as I was impressed with the people as well as the approach and attitude of the company, particularly in relation to remaining truly independent and allowing the full whole of market range of solutions to be considered for each and every client.

“Fairstone has delivered in every aspect and we are able to continue to deliver superior and fully holistic Financial Planning in a fully independent way to all our clients.”

Nine firms have so far joined Fairstone’s DBO programme this year, adding more than £1.3bn in funds under management. Fairstone says it expects to announce further deals before the turn of the year.

Fairstone is based in Newcastle and has more than 69,000 clients serviced from 42 locations. It claims to be one of the largest CII Chartered Financial Planning firms, with fee income over £65m and £8.6bn in funds under management.

More in this category: « Moneyinfo launches smartphone app for advisers CPI inflation slides down to 0.3% »
back to top