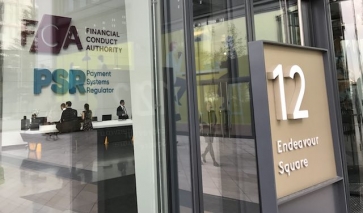 Nearly 6 in 10 respondents (59%) to the FCA’s Coronavirus Financial Resilience Survey expect the pandemic to hit their income, with most expecting a drop of up to 25%.

Some 4,000 firms with '"low financial resilience" have been identified as at risk of failure although the FCA says many will recover.

Retail lending and retail investments had the highest proportion of respondents expecting a negative impact on net income (67% and 66% respectively).

This was closely followed by insurance intermediaries and brokers (60%), payments & e-money (57%), wholesale financial markets (35%) and finally the investment management sector (27%).

Investment managers and retail investment firms were among those with the lowest proportion of profitable firms.

The biggest decrease in profitable firms was seen in the retail lending sector (10%).

However, the investment management and retail investment sectors saw a small increase (2% and 1% respectively) in profitable firms between February and May/June.

Use of the government’s furlough scheme was high among insurance intermediaries. The FCA said 44% had furloughed staff and 19% had received a government supported loan.

Retail investment firms had also made use of the furlough scheme with 37% saying they had furloughed staff and 11% had received a loan.

For investment management, 8% of firms had furloughed staff and 3% had received a government-backed loan.

The survey results also showed that between February and May/June, firms across the sectors experienced significant change in their total liquidity. This was defined as cash, committed facilities and other high-quality liquid assets.

Sheldon Mills, executive director of consumers and competition, at the FCA said: "We are in an unprecedented – and rapidly evolving – situation. This survey is one of the ways we are continuing to monitor the potential impact of coronavirus on firms.

"A market downturn driven by the pandemic risks significant numbers of firms failing. At end of October we’ve identified there are 4,000 financial services firms with low financial resilience and at heightened risk of failure, though many will be able to bolster their resilience as and when economic conditions improve. These are predominantly small and medium sized firms and approximately 30% have the potential to cause harm in failure.

"Our role isn’t to prevent firms failing. But where they do, we work to ensure this happens in an orderly way. By getting early visibility of potential financial distress in firms we can intervene faster so that risks are managed and consumers are adequately protected."

Keith Richards, chief executive of the Personal Finance Society, said: “It is concerning that the FCA has determined 4,000 firms across three key areas are deemed at risk. Also, I am surprised that there is no indication of a proactive plan to help mitigate possible failures during these unprecedented times. It is important to protect the interests of the consumers who may also be impacted as well as avoid further financial pressure being placed on the rest of the sector.

“From our own research, we acknowledge and appreciate how well firms have done to weather successive storms of lockdowns, health and economic impacts and obviously the additional effect of people’s personal lives as well. The work our members have done in this period to maintain and even go beyond what they normally offer clients is a testament to importance and value of the role the profession plays in society.

“This survey was of course done before furlough was extended, which now gives employers financial support until the end of April and this time it can be taken flexibly. Firms can now furlough for as little as one day a week for example and this flexibility and guaranteed support could help firms bounce back in a phased way over the coming weeks.

“At the time this survey was undertaken there were no vaccines in sight and the announcement of new vaccines has seen markets injected with a little optimism. The flip side to that however, is that it also took place before lockdown 3, which could cause greater damage, despite us feeling so close to an exit from measures to slow the spread of coronavirus which is why we need regulators to join with government in support the resilience of the sector.”