Register for Financial Planning Today website for FREE to view more stories and get our daily newsletters. Click on 2 stories to see Registration pop up.
Thursday, 07 January 2021 09:30 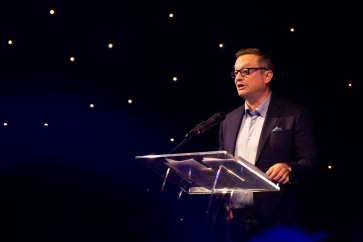 John Stevenson, managing director of Manchester-based Pareto Financial Planning, has been recognised for his support of cancer charities with an MBE in the Queen’s New Year Honours list.

He setup Man@Manchester Comedy Lunch, an annual event which has been running for seven years and has raised over £750,000 for Beechwood Cancer Care Centre. It has been supported by comedians John Bishop, Paddy McGuinness, Justin Moorhouse and Jason Manford.

He is also chairman of the trustees for the cancer charity. It offers support, including counselling, to those living with cancer and other life-limiting illnesses, as well as their relatives and carers. The charity celebrated its 30th anniversary in 2020.

He said: "I am humbled and shocked by my MBE award. Hopefully it will highlight the work that Beechwood do and help raise more money for them.

“I am honoured to receive such an award, it will keep me focused on raising more for local charities.”

North-west-based Pareto Financial Planning has almost £800m under influence on behalf of a range of private and corporate clients.

More in this category: « Less than half of advisers confident about 2021 Brooks Macdonald removes VAT from MPS offering »
back to top