Pension Playpen to relaunch as a fintech 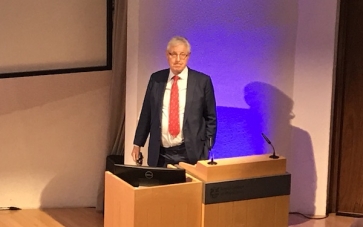 Pension campaign and networking group The Pension Playpen - founded by pension expert Henry Tapper - is to relaunch in February as a fintech company aimed at the pensions industry.

The Playpen will provide networking and comment platforms as well as research and other pensions information for pensions professionals.

Mr Tapper said: “We are delighted to be relaunching the Pension Playpen which has been completely overhauled and will offer all involved within the pensions industry the chance to have their say via blogs.”

He added: “In addition Pension Playpen will offer the opportunity for users to connect, share, learn and research via the new site. The offering will also provide breakout rooms, tender posts and job opportunities.”

The site will be free initially to subscribers followed by subscription options at a later date based on the services required by each user.

Pension Playpen was founded in 2015 originally to promote Auto Enrolment solutions for employers and providers.