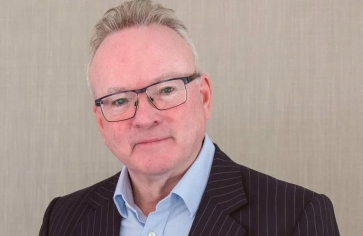 Tavistock is to review its leadership team incentivisation at a general shareholders meeting as it looks to remove the use of share options in a bid to boost profits.

Historically the Financial Planning firm has issued share options with the largest number of options being issued to the leadership team.

However, the accounting treatment of share options results in substantial share-based payment charges in its profit and loss account, which reduce the level of reported pre-tax profit and hits its share price.

Instead the Financial Planning firm’s board has recommended that the use of share options as an incentive is “no longer fit for purpose.”

The board wrote to shareholders in November to seek support for the introduction of a new incentive scheme.

However, some shareholder contacted the board with concerns that the proposal would favour the interests of the leadership team over those of shareholders, leading to the original general meeting being postponed allowing for a reappraisal of the proposal.

This meeting has now been reorganised for 25 March. Due to Coronavirus pandemic restrictions, shareholders have been encouraged to vote via a proxy form.

Executive directors Brian Raven and Oliver Cooke have already agreed to surrender the share options which have been issued to them, which the board said will enhance the level of pre-tax profit reported by the firm in the current financial year by approximately £400,000.

Under the new proposal, any potential reward for the leadership team is directly linked to the prior delivery of value to the shareholders, a one-off assessment of the value delivered to shareholders by the leadership team will be made in June 2025 by reference to the price per ordinary share, and in the event of a merger/acquisition before June 2025 a one-off assessment will be made at this point.

Oliver Cooke, chairman of Tavistock, said: “The board believes that there is a clear need to put in place an alternative, more suitable, arrangement to reward the leadership team, but only in circumstances where they have first succeeded in delivering material incremental value to shareholders.”