Openwork and Embark extend tie-up to 2026 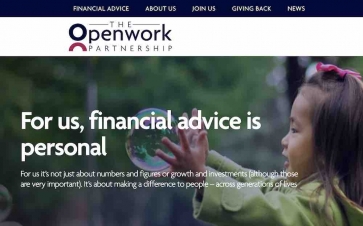 The Openwork Partnership and Embark Group have extended their existing distribution agreement to 2026 after a “successful year working together.”

The two business announced today that they have agreed terms on extending their existing distribution agreement after a year of due diligence following Embark’s acquisition of Zurich’s investment and retail platform in 2019.

Openwork is one of the largest distribution partners of Advance by Embark, with the majority of the partnership’s wealth advisers on the platform.

The agreement underpins Openwork’s plans for growth and investing in technology. The firm rebranded last month as part of growth plans to become the top advice network in the UK.

Mike Morrow, chief commercial officer at Openwork, said: “We look forward to cementing a genuine partnership approach following a successful period of due diligence. The long-term agreement enables us to build on our shared goals and ambitions for the benefit of our advisers and their clients.”

The Openwork Partnership network includes 680 firms with 4,200 advisers operating across the UK.

It operates as a directly authorised, multi-panel distribution network and advises on £20bn of client money. It is majority-owned by the Openwork Partnership LLP with its employees holding a minority stake.

More in this category: « 55 to 64-year-olds set to run out of pension income Brooks FUM rises but planning revenue dips »
back to top