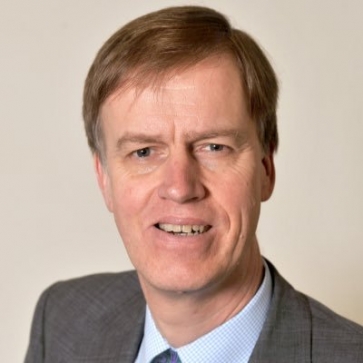 MPs on the influential Works and Pensions Committee have said global tech firms such as Google and social media providers should be held to account for hosting “immoral” pension scam adverts.

In a report published at the weekend, the committee urged the Government to introduce legislation to stop firms from profiting from a multi billion-pound scam industry.

The report calls on the Government to “act quickly and decisively” to protect pension savers.

MPs said the Pension Freedoms, introduced over five years ago, has put more people at risk of a much wider range of scams and fraud.

The committee wants a Pensions Scams Centre set up to co-ordinate the fight against pension scammers.

The report ‘Protecting Pension Savers - Five Years on from the Pensions Freedoms’ warns that commonly-cited figures of the scale of pension scamming are likely to substantially underestimate the problem.

The Pension Scams Industry Group estimates that £10 billion has been lost by 40,000 people to pension scams since 2015.

MPs believe the situation is likely to be getting worse rather than better, with the Covid-19 pandemic offering scammers new opportunities.

Stephen Timms MP, chair of the Work and Pensions Committee, said: "The Pension Freedoms brought more choice for savers on how to use their pension pots, but the reforms have also opened up a whole new world of opportunity for scammers and fraudsters.

"At the same time, a woeful lack of online regulation has helped them reach more people than ever before. The result is an online free for all, where scammers can advertise with impunity while the tech giants line their pockets from the proceeds of their crimes.

"With global firms such as Google being increasingly influential as providers of information, consumers looking for financial advice are being let down by not being afforded the same level of protection they receive from adverts which appear on television or in a newspaper.

"There must now be parity across the media to ensure all adverts are regulated and the Government should use its Online Safety Bill to act.

"Tighter online regulation must be just the first step in improving protections for savers. Stronger enforcement with a new Pensions Scams Centre, a more effective FCA and extra support for victims are also desperately needed.”

The committee carried out an inquiry into pension scams and heard that pension scammers have moved increasingly online with regulators “powerless” to hold search engines and social media to account for hosting scam adverts as they do traditional media.

The report says that tech firms such as Google are accepting payment to advertise scams and then further payments from regulators to publish warnings – a practice the committee describes as “immoral.”

The committee says the Government must now “rethink” its decision to exclude financial harms from the forthcoming Online Safety Bill and use it to legislate against online investment fraud. MPs want In  online publishers to be required to ensure financial promotions are authorised in the same way as traditional media.

The report also calls for the multi-agency task force ‘Project Bloom’, set up to tackle pension fraud, to be strengthened and turned into the Pension Scams Centre.

The committee says the Financial Conduct Authority must also 'raise its game' and publish information about its enforcement action, with the Committee hearing numerous criticisms that it is not effective in stopping scams, punishing scammers or retrieving scam proceeds.

A Google spokesperson told Financial Planning Today:  “Protecting consumers and credible businesses operating in the financial sector is a priority for us.

"We take dishonest business practices and misleading ads very seriously and consider them to be a violation of our policies. Last year, we updated our financial services policies and removed 3.1 billion bad ads from our platforms, of which 123m were ads related to financial services. When ads do not comply with our policies; we take action to remove them."

More in this category: « 48% of advisers report surprise increase in clients  Fairstone finalises takeover of Glasgow adviser firm »
back to top