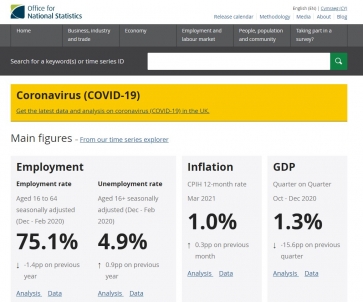 The Office for National Statistics

One in eight workers over 50 have changed their retirement plans as a result of the Coronavirus pandemic, according to the latest figures from the Office for National Statistics (ONS).

Those on furlough were most likely to have changed their plans but they were almost evenly split on bringing forward their retirement (10%) or moving it back (9%).

Investment platform AJ Bell said the latest figures shows that the government must, "rethink policy which punishes those who access taxable income from their pension with a £36,000 annual allowance cut."

“In this context, slashing the amount they can save each year for retirement from £40,000 to just £4,000 feels grossly unfair. It also increases the risk of these people falling back on the state in later life, an outcome which is clearly not in the interests of anyone.

“At the very least, policymakers should look at increasing the MPAA back to £10,000 – the level it was first introduced at. However, it would be preferable if the measure was simply scrapped altogether.”