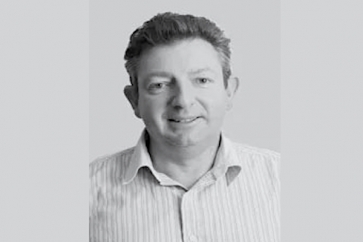 STM Group, the international financial services provider which owns Carey Pensions, has reported a 48% drop in profit before taxation for the year ended 31 December.

STM delayed its 2020 results which were originally due in April following discussions with its auditors after the recent shock Adams v Carey court judgment.

In its results today, the firm revealed that the estimated total value of claims for the company following the Adams case is £3.6m but this is covered by professional indemnity insurance.

STM said the judgement will have implications across the whole financial services industry.

Alan Kentish, CEO of STM, said: “The recent Judgment in the Carey v Adams case will have implications across the whole of the Financial Services industry who have dealings on an execution only basis.  This was a historical claim and the Options management team will continue to drive the business forward as they have done since being part of the STM team.”

Mr Kentish said that whilst 2020 was a challenging one for the pensions group, he is pleased with the stability of recurring revenue throughout the Coronavirus pandemic. He added that the firm expects to make a number of acquisitions to boost further growth, with several prospects in the pipeline.

He said: “Whilst the year has had challenges, we have achieved a great deal in progressing our three year transformation and growth strategy.

“We see 2021 being a year where a number of strategic initiatives come to fruition that will build on efficiencies within the business. There is an energy and focus for the remainder of 2021 in building some key partnerships that will help drive new business volumes.

“Additionally, our acquisition pipeline is active and expected to be a pillar of our future growth.”

The group underwent a number of key IT projects for improved profitability in 2020. These are mostly now live with the remaining expected to complete the first half of this year. The firm said it expects its continued focus on technology to “become a key differentiator”.

In April a Court of Appeal Judge overturned a previous High Court ruling and sided with claimant Russell Adams against Carey Pensions in the long-running and pivotal ‘Adams’ SIPP case. The case involves the question of provider responsibility when accepting investments into a SIPP.

Some experts have warned that the judgment, unless successfully appealed, could spark £1bn of claims against SIPP firms.

The Court of Appeal unanimously overturned its previous ruling and found that Adams was advised by CLP Brokers, an unregulated introducer based in Spain. The court said that as CLP was not authorised by the Financial Conduct Authority to give investment advice, or make arrangements relating to investments, this was in contravention of the Financial Services and Markets Act 2000.

More in this category: « Earlybird ISAs investors likely to be middle aged Exclusive: Number of SIPP providers falls to decade low »
back to top