Women less likely to have a financial plan 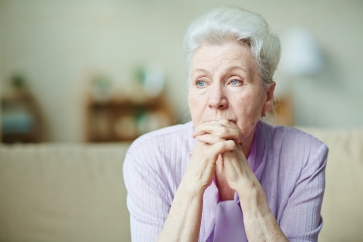 Over half (53%) of women said they do not have a financial plan compared to 45% of men.

A focus on short-term finances means that many women have been unable to build a financial plan to achieve their long-term goals, hampering their financial wellbeing, according to a new report.

Women are three-times more likely to take responsibility for budgeting for groceries than men (51% vs 17% of men), as well as being in charge of children’s clothing (73% vs 8%), home help costs (27% vs 9%) and short term savings (53% vs 33%), according to the new financial wellbeing index study from pension and investment provider Aegon.

However, they were much less likely to have financial plans for the future. Over half (53%) of women said they do not have a financial plan compared to 45% of men.

When it comes to long-term savings, 61% of men said they were responsible in comparison to 36% of women.

The report from Aegon looked at peoples’ responses to a range of questions measuring both their household wealth and the health of their money mindset. Mindset measures included how healthy the social comparison people make about their money are, their financial literacy, but also factors such as whether they have a long-term financial plan, a clear picture of their future self and an idea of what makes them happy.

When asked how much thought they had given to their financial goals in life 28% of women said a lot, compared to 33% of men. Linked to this was a marked division in the proportion of men and women who had a clear picture of their future selves. Women scored lower in every age group on this measure and took till age 55 to almost close the gap with men.

Steven Cameron, Pensions Director at Aegon, said the findings demonstrated the need for couples to build joint financial plans with a shared understanding of long-term goals. He said: “Doing so will give both partners a clear idea of what their shared and individual priorities are and mean everyone knows what they’re working towards. Getting a balance between good day to day budgeting and a long-term plan is a crucial ingredient of financial wellbeing and importantly could avoid many women suffering from poor financial wellbeing.”

Aegon surveyed 962 adults from the Aegon Feedback Community between 6 July and 20 July 2020.

More in this category: « Pair sentenced to 19 years for £2m investment fraud No full Pension Dashboards until 2025 »
back to top