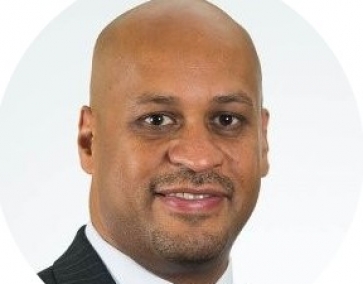 St James's Place (SJP) has appointed former transition head Andy Payne as the new head of its academy to implement a "new and improved academy throughout 2021".

Former academy head Jason Flood has remained with the firm and is now the growth and development director for the Northern, SW & I areas.

The St James's Place Academy underwent a review in 2020 and paused its intake of new trainees.

SJP said the "new and improved" academy will now deliver enhanced training and development to a broader cross-section of the future financial advisers, "unconstrained by geography or intake".

The refreshed approach will look more towards supporting people at all stages of their career and training, whether than be right in the beginning of training, entering the business with full qualifications or joining part way through.

Mr Payne said: “I am delighted to have joined The Academy at such an exciting point of growth. The training programme, which is the largest in the UK, already has such a fantastic reputation and I look forward to growing this further with the team. The need for financial advice grows daily placing more and more emphasis on the need for high quality advisers and we hope to find these advisers and help them find success in line with their ambitions.”

Peter Edwards, partnership director at St. James’s Place Wealth Management said: “This is an exciting appointment for The Academy as we look forward to the changes it is set to roll out throughout this year. Andy brings excellent experience to the role from his background working in the Establishment team within the Partnership. I look forward to seeing how Andy shapes The Academy throughout the year and I wish him every success in his new role.”

Last year the St James's Place Academy also stepped up its support for ex-military personnel looking for a new career. In November the wealth manager launched a new ‘Military Network’ to support current and ex-Armed Forces personnel, and their families, move into a career in financial services including as Financial Planners and support staff.

SJP said the move will those who are leaving, or have left the military, and their families ‘transition’ into a career in financial services.

SJP signed up for the Armed Forces Covenant in October to support armed forces personnel and ensure they are not disadvantaged in society.