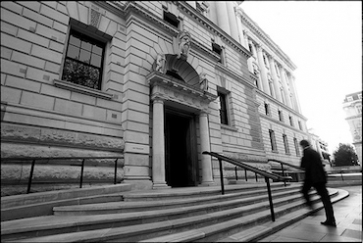 The Treasury has rejected any immediate changes to pensions tax relief, despite MP recommendations for an urgent reform.

Yesterday’s response from The Treasury to the Treasury Select Committee’s tax after Coronavirus inquiry published in March said there was “no clear consensus for reform” following a 2015 consultation. It said that “more radical changes to pensions tax relief would require careful consideration” and that a number of changes had already been made in recent years to ensure tax relief was “fairly distributed” including the increased tapered annual allowance thresholds.

Financial secretary Jesse Norman said any changes to pension tax relief did not meet the government’s priority to support businesses and workers to recover from the economic impact of the pandemic.

He said: “While the government appreciates the committee's detailed analysis and engagement on tax policy, I note that the balance of recommendations in the report leans away from measures that would help to repair the public finances in the coming years.”

SIPP provider Curtis Banks said the Treasury's response could indicate that rather than a single sweeping change, we could see further small tweaks and adjustments to the existing rules over the coming years.

Jessica List, pensions technical manager at Curtis Banks, said: "While frequent small changes can be frustrating for savers and advisers and add complexity to the rules, they may be less disruptive than a full overhaul of the rules. It’s reassuring at least to see acknowledgement that significant changes would need to be considered extremely carefully to avoid unforeseen adverse effects."

Steven Cameron, pensions director at Aegon, said it is reassuring that the government has responded to the Treasury Select Committee and put speculation that the Chancellor was considering moving to a flat rate of pensions tax relief to bed. He said that whilst changes to pension tax relief may have merit, it would be a highly complex change and without detailed anaylsis could lead to many unintended consequences.

He said: "While we are not against the pensions tax relief system being reviewed, we are pleased to know that the Government has no plans to do so without first carrying out careful analysis and we’d strongly encourage it to consult with the industry on any proposals."

Tom Selby, senior analyst at AJ Bell, said the government is right to tread carefully and warned of the "profound consequences" should radical changes such as scrapping higher-rate pension tax relief happen.

"This would inevitably lead to NHS staff and others facing shock tax bills as a result – a tough sell at the best of times, let alone after one of the most brutal years health workers have ever experienced.

"It would also have significant implications for retirement saving more broadly. At a time when automatic enrolment is sowing the seeds of a pensions recovery in the UK, attacking pension tax relief would be a retrograde step."

More in this category: « £79m more into ISAs in April than previous 12 months Sharp rise in family-linked accounts for Quilter platform »
back to top