FNZ to sell GBST with right to repurchase limited assets 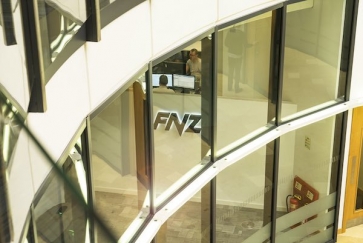 Platform engine FNZ must sell its recent acquisition of competitor GBST, but will have the right to repurchase a “narrower package of assets”, according to the final reassessment report from the Competition Markets Authority (CMA).

The CMA reassessed the deal following FNZ appealing to the Competition Appeal Tribunal against the CMA’s original ‘Phase 2’ decision to block its £150m acquisition of GBST announced in November 2019.

A group of independent CMA panel members agreed with the initial assessment that the purchase of GBST by FNZ could substantially reduce competition on the sector due to them both being providers of retail investment platform solutions with “few other significant suppliers” that “offer effective and competitive alternatives.”

However, the reassessment said that GBST’s capital markets business does not currently compete with FNZ in the UK and therefore could be considered for acquisition separately.

FNZ will now have to sell GBST to an independent third party approved by the CMA, with a right to subsequently buy back a “limited set of assets” relating to the capital markets business of GBST. These assets that could be sold back would be limited to those that “could be transferred without affecting GBST’s competitiveness in the supply of retail investment platform solutions.”

The CMA consulted on this proposal in April and following further submissions from FNZ, GBST and other parties, the CMA concluded that it would prevent any reduction in competition as a result of the merger.

Martin Coleman, chair of the CMA inquiry group, said: “Having completed our thorough review of the evidence, we have confirmed our provisional conclusion that the merger of FNZ and GBST could significantly decrease competition in the supply of retail investment platform solutions in the UK.

“Requiring FNZ to sell GBST, with the right to repurchase certain parts of the GBST business that are not related to the concerns that we have found, will protect investment platforms and the people they serve, including millions of people with pensions and other investments, from facing higher prices or poorer service in the future.”

FNZ has previously said the CMA has been inconsistent and said its original report into the acquisition was “fundamentally flawed.”

In response to the latest report, a spokesperson for FNZ told Financial Planning Today: “We welcome the completion of the CMA's investigation. While we have not yet had the opportunity to review the full decision, we also welcome the fact that the CMA appears to have endorsed as effective and proportionate the remedy proposal that we put forward during the remittal process. We will now digest the detail of the CMA’s decision and consider our next steps.”

More in this category: « Wealth manager makes top employers list Planners need to do more to support carer employees – PFS »
back to top