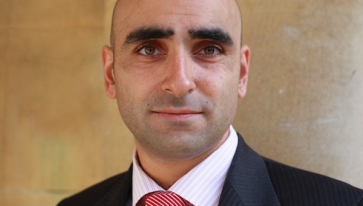 The latest data from HMRC reveals an “astonishing” 40% of high earners failed to take out an ISA in the 2018/19 tax year.

Analysis by AJ Bell of new HMRC data found that despite high earners being particularly suited to mitigating tax through ISAs many avoided them. AJ Bell said it was “astonishing” so many high earners were failing to use ISAs.

AJ Bell said that despite high earners facing marginal rates of up to 60% a large number were not using ISAs.

“When you consider how attractive an ISA is for those paying the top rates of tax, and their high level of discretionary income, it’s pretty astonishing that 40% don’t have an ISA at all.

“A greater proportion of high earners have an ISA than those with income under £50,000 a year, 60% compared to around 50%, but it’s not as big a gap as you would expect given the additional protection afforded by the ISA if you’re facing high rates of tax on dividends and interest."

He said it was possible that high earners were choosing to divert their savings into pensions instead given their tax efficiency but even this did not explain why an annual contribution limit of £20,000 a year on ISAs was being ignored by many.

He added: “Some high earners may be business owners, and recycle spare earnings back into their business. That’s understandable, but risky, seeing as your income and your savings are all then tied up in the same business, rather than adding a bit of diversification by putting some money into an ISA.

“Whatever the reason, there do appear to be a significant proportion of higher earners who are missing out on the tax benefits of an ISA. There are even more who aren’t taking advantage of the full £20,000 allowance, which was only used by around one in five high earners in 2018/19. The ISA has undoubtedly been a success story in getting people to save for their future, but strangely some of the people who could benefit most still appear to be unmoved by its attractions.”

*ISA numbers interpolated from HMRC data. ** figures are likely tax rates and allowances for taxpayers in each band, but there may be some variation due to pension contributions and tax rate variations within income bands. *** Those with income above £100,000 also lose their tax free personal allowance at a rate of £1 for each £2 above the £100,000 threshold, so marginal rates on dividends could be significantly higher than 32.5%

More in this category: « Scouts launch money skills badge for Beavers and Cubs Brown Shipley appoints ex-Brewin director as chair »
back to top