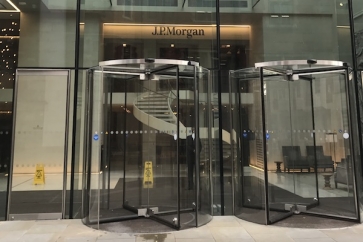 JP Morgan said the acquisition will complement the firm’s UK digital bank due to be launched under its Chase brand later this year.

The digital wealth manager offers a range of investment and pension products and was launched in 2012.

In its most recent financial results the firm posted a pre-tax loss of £22m, the third year in a row of major financial losses.

JP Morgan had already announced a product partnership with Nutmeg in November.

Sanoke Viswanathan, CEO of international consumer at JP Morgan Chase, said the team is building Chase in the UK from scratch “using the very latest technology and putting the customer’s experience at the heart of our offering, principles that Nutmeg shares with us.”

Over the past few years, Nutmeg has gone through several rounds of major fundraising in its quest to expand its customer base. Goldman Sachs acquired a large stake in Nutmeg in 2019, investing £45m in the business as part of the deal.

The digital wealth management and robo-advice sector has been beset by poor customer numbers, low investment and the withdrawal of some players over the past two years with both Moola and Investec amongst the players pulling out of the market.

Global financial provider and investment manager JP Morgan started to plan its launch of a UK challenger bank in the autumn of last year.  Chase is a well known banking and financial services brand in the US with a large credit card operation. The UK bank will compete with rivals, such as Goldman Sachs’ successful launch of its Marcus savings arm.