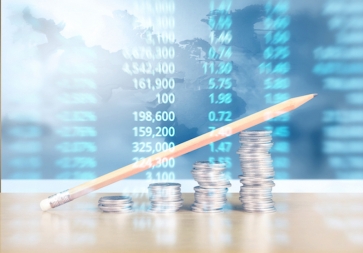 Global wealth grew in 2020 despite the odds

Total global financial wealth soared by 8.3% in 2020 to a record £178 trillion despite predictions of a decline due to Covid-19, according to a new report by the Boston Consulting Group.

Surging stock market performance and a spike in savings fuelled the wealth boom, according to analysis by the consultants.

In the UK wealth grew faster than the European average.

The report, titled Global Wealth 2021: When Clients Take the Lead, reveals that despite the pandemic’s financial impact, global prosperity and wealth grew significantly throughout the crisis.

Boston Consulting predicts this trend will continue over the next five years as economic recovery gathers pace.

According to the report, North America, Asia (excluding Japan), and Western Europe will be the leading generators of financial wealth globally, accounting for 87% of new financial wealth growth worldwide between now and 2025.

The report revealed that UK wealth grew faster than the European average. Financial wealth in the UK grew by 7% in 2019-20 compared to 5% for Western Europe, with the UK representing 18.7% of the region's financial wealth, compared to 16.8% for Germany and 14.5% for France. However, Boston Consulting predicts Western Europe will generate more wealth than the UK by 2025 (4% vs 3% respectively).

Despite the positive data on the UK, the report says the UK is behind Germany and France in investible wealth and real assets. The UK is third in Western Europe when it comes to investible wealth.

The report predicts North America, Asia (excluding Japan), and Western Europe will be global wealth 'powerhouses' creating 87% of new financial wealth growth worldwide between now and 2025, equivalent to £46.4 trillion across the three regions.

Looking at client types, the report found that retirees and the “simple-needs” segment are growing rapidly but are still underserved.

Individuals over 65 and the “simple-need segment” (those with uncomplicated investment needs and financial wealth between £70,000 and £2.1m) are overlooked by wealth managers, said Boston Consulting, despite owning trillions in financial assets respectively.

The report predicts the number of retirees will grow by 7% before 2025.

The number of people in the ‘ultra rich’ category (individual wealth exceeding £70m) continues to grow and is up 9% year-on-year since 2015, with 6,000 people joining the 60,000-strong cohort in 2020. The category now holds a combined £15.7bn in investable wealth, 15% of the world’s total investable wealth.

According to the report, China will overtake the US as the country with the largest concentration of ultra rich people by the end of the decade.