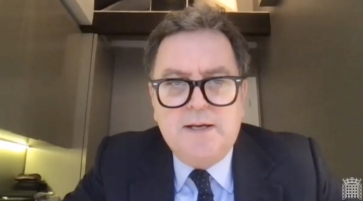 The Treasury Committee has called for a change in culture at the Financial Conduct Authority (FCA) in order to protect consumers and financial markets in its report into the regulator’s handing of London Capital and Finance (LCF).

The Treasury Committee report said the FCA needs to become a more “proactive, agile, decisive and joined-up regulator that is willing to act to protect consumers and financial markets.”

It has called for the FCA Board to set itself an end date for a transformation programme, and to crease milestones at which changes in culture should be reviewed.

The report added that it is not “readily justifiable” for the FCA to require the firms that it regulates to adhere to the principles of the Senior Managers Regime but “seemingly not to apply similar principles internally when there are failings of practice and culture in the organisation”.

The Treasury Committee report expressed doubts as to whether the FCA Board has met the standards which it seeks to impose on others. It said an over-reliance on collective responsibility “may deny visible accountability” and could lessen confidence in the organisation as a result.

Today’s Treasury Committee report said that the FCA failed to intervene in respect to LCF’s financial promotions breaches. The report said “in the future, the FCA should be more interventionist and should make more frequent use of its powers rather than maintaining a culture of risk aversion.”

It also said that in the future the FCA also needs to look at a regulated firm’s activities both within and without the perimeter of regulation as a regulated firm can use its appearance of respectability to promote risk products and attract investors for an unregulated activity. It Committee recommended that the FCA should require authorised firms to make clear explicitly the risks to customers associated with their unregulated activities.  It added that the FCA should be given the power to recommend changes to the perimeter of regulation formally to HM Treasury.

Rt Hon. Mel Stride MP, chair of the Treasury Committee, said: “The collapse of LCF is one of the largest conduct regulatory failures in decades.

“Dame Elizabeth Gloster identified a litany of failings at the FCA regarding its regulation of LCF, and highlighted a range of changes needed at the FCA under its new leadership.

“The Treasury Committee has made some further recommendations for the regulator and the Government to help prevent another LCF.”

PIMFA, the trade association for wealth management and investment advice, welcomed the report and said it echoed many of the recommendations PIMFA has previously made.

Tim Fassam, director of government relations and policy at PIMFA, said: "Our industry called on the FCA to act over London Capital & Finance repeatedly. A more agile, engaged and decisive regulator could have prevented the losses suffered by thousands of consumers as a result of what happened with LCF and it is encouraging that the current senior leadership of the FCA recognises. But as the Treasury Select Committee says in its report, the FCA must set milestones for change to be achieved."

The Treasury Committee report added that it is disappointed that measures to address fraud via online advertising have not been included in the draft Online Safety Bill. The Committee said it is “a missed opportunity to help prevent another LCF-type event” and that “the Government must intervene urgently to include measures to address fraud via online advertising in the Online Safety Bill to prevent further harm to customers being offered fraudulent financial products.”